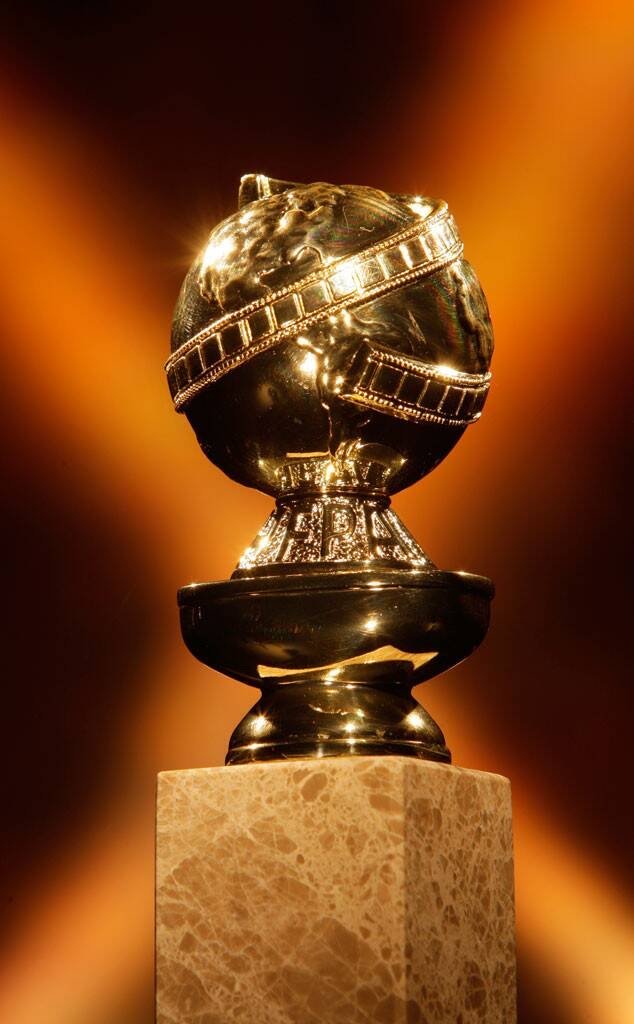 The Golden Globes are an awards ceremony which are essentially and primarily a broadcast to promote Hollywood Foreign Press Association (HFPA) influence in Hollywood and to make money for HFPA and its designated broadcaster through advertising revenue. In other words, it’s meaningless except as a tool for promotionalism, offering no real value except as advertising for the industry of mass entertainment.

This isn’t saying much, especially now. I watched the awards broadcast this year for one reason: comedian Ricky Gervais. He hosted the show. This far left environmentalist is a passionate spokesman for his pet causes, such as his crusades against hunting, animal cruelty and for various laws aimed at controlling man’s life. But he’s also a biting satirist.

Gervais did not disappoint. The comedian launched into a scathing monologue against Hollywood, pointing out that the raging, pigtailed anti-child touted as a mascot for environmentalism is deprived of knowledge and explicitly naming Hollywood’s — and Silicon Valley’s — hypocrisy.

As Apple boss Tim Cook, a decent man who defied the Obama administration on principle and won, sat stoned-faced, Gervais skewered Apple and other technology companies for breaching while claiming superior business ethics. Above all, he was irreverent without being malicious. His humor was hilarious. I laughed out loud.

Why? Humor, like music, is complicated. One’s responses to humor are, I think, the byproduct of what lies deep inside one’s innermost premises, thoughts and psychology. That said, in this case, I think I laughed — and, apparently, so did many other Americans — because Hollywood deserves the criticism. That it was done with conscious, self-aware, self-mocking vulgarity unmasks the hubris of California’s preachy, leftist technology and entertainment celebrities.

There were finer moments, including for the celebrities, most of whom laughed at the host’s jokes. They did laugh at themselves, though some of them didn’t appear to know whether this was appropriate, an unfortunate sign of suppressive or repressive times.

The best performing artists elegantly or smartly exercised the right to free speech. Stellan Skarsgård, who won an award for his outstanding performance in HBO’s Chernobyl, joked at his own expense in appreciation of a crew member’s ability. Comedienne Kate McKinnon came out as gay in a humorous display of appreciation for comedienne and TV hostess Ellen DeGeneres, a lesbian who, in turn, expressed admiration for comedienne Carol Burnett, namesake for the award DeGeneres won.

DeGeneres appeared in a montage in which she was shown telling a post-9/11 audience: “What would bug the Taliban more than seeing a gay woman in a suit surrounded by Jews”. The comedy succeeds in that clip because, as delivered, hers is a statement, not a question. This goes to what’s good about DeGeneres; her sense of irony.

DeGeneres was shown in various clips dancing through her life, which with her irony taps the essence of her appeal. It was fitting that she won the Carol Burnett Award — Carol Burnett sat with DeGeneres, demonstrating her grace and elegance as always — and she’s a testament to the power of mass media, especially television.

“Live your life with integrity,” DeGeneres told an audience of graduates in a clip, before sending up Hollywood pretentiousness herself in a humorous acceptance speech.

Integrity defines the night’s winner for lifetime achievement. Tom Hanks (Sully, Philadelphia, The Post, A Beautiful Day in the Neighborhood, Bridge of Spies) displayed honesty during an emotional acceptance of the Cecil B. DeMille award. This was the best moment of the Golden Globes, which aired on NBC. I say this because Mr. Hanks, an impeccable actor of ability, took the opportunity to share his thoughts and insights on his own ability. This alone is a remarkable departure from the usual pandering, bootlicking, sniveling, smearing and ranting that emanates from Hollywood awards podiums.

An old white male — at a time when the old white male is under siege in Hollywood — had the audacity to reject the status quo and imply that today’s industry needs to do better, to be better, to strive to be the best. Hanks made a strong rejection of the Me, Too movement’s proposed codification of egalitarianism, the basis for feminism, multiculturalism and other offshoots of tribalism. He emphasized instead the singular pleasure of doing one’s work, of doing it right, of doing it on deadline (and, by implication, on budget) and of doing it for one’s own sake.

Tom Hanks made this radical breach of altruism and collectivism after a woman of ability, Charlize Theron, thanked the old white male. Theron thanked Mr. Hanks for choosing to be supportive, subtle, decent, kind and deft in hiring her for his movie (That Thing You Do!, innocuous and enjoyable fluff chiefly of value for its Americanism) early in her career.

Showing genuine emotion for his wife, children and family, following an exemplary reel of moments from his greatest performances, Tom Hanks accepted his winning the award for, as he put it, “showing up on time”, which he rightly called liberating — he told Hollywood that “you [should] do it for yourself” — and for his lifetime of achievement.

This, not momentary hilarity of satire by Ricky Gervais, who distinctly, notably, wisely and, to his credit, did not mock or joke after Tom Hanks spoke, displayed man at his best.

Other artists also shined. Quentin Tarantino, winning an award for his overrated Once Upon a Time in Hollywood, plainly declared “I did it” rather than parrot the status quo of an artist acting as if he exists at the mercy of the lives of others. Tarantino also acknowledged writer Robert Bolt, who wrote A Man for All Seasons, providing the evening’s most intellectual moment of justice. Laura Dern (Star Wars: The Last Jedi), unfortunately beating Kathy Bates (Richard Jewell) for an acting acknowledgment which Bates deserves, acknowledged the importance of the story — as against merely pictures and effects — to the movie for which she won, The Marriage Story.

Best Picture clips were ads, not scenes, and the Best Song award presentation— an actor singing to promote his upcoming appearance in a musical was granted more musical performance time than the nominated songs, which mostly went unheard — was awful. Even director Sam Mendes was shocked that he won an award for his movie, 1917, which does not qualify for serious consideration of a great, let alone best, movie. Michelle Williams, a talented actress, accepted an award with what amounts to an attack on the virtue of selfishness pushing more of the same collectivism. Unfortunately, she did this under the guise that she was defending rights, i.e., woman’s right to an abortion, which needs (and does not receive) a proper defense.

For his satire, Ricky Gervais is the host of the moment. But the best part of the Golden Globes, heralding egoism, implied if not made explicit by Tom Hanks, came from Elton John, accepting an award for the first time with Bernie Taupin for a song they co-wrote. Elton’s exuberance, enthusiasm and title and meaning of his memoir, Me, and his movie (2019’s best), Rocketman show that art exalts life. Elton spoke, appeared and expressed himself with a style of his own. True to themes of his movie, book and life, he did so for his own sake, neither excoriating nor appeasing, placating or seeking for the approval of others.

That Elton John was acknowledged and recognized for his ability, and that he welcomed the recognition without pleading for altruism or collectivism, happy to bask in his own glory — this, not satire as such — is the mark of progress. This, man’s pride in his own ability, is what is worth celebrating. This is what we ought to strive to regard as golden and make universal.