Friday night’s Frontline episode on Harvey Weinstein, titled “Weinstein”, adds to the discourse over the movie mogul’s downfall. This is an excellent program with a distinguished history in broadcast journalism. Unlike the New York Times, however, in this first serious televised report on the Harvey Weinstein assertions, Frontline reports primarily based on facts, not insinuation, uncorroborated claims and innuendo. Contrary to reports last fall in the Times and the New Yorker, Frontline reports with an abiding regard for proof. The upshot is that the episode demonstrates that Harvey Weinstein may be and probably is or has been predatory, vulgar and improper, though not conclusively guilty of sex crimes, which is pretty much what he’s said all along.

In fact, to this day, despite the air of inevitability perpetuated by anti-Hollywood conservatives and anti-male, anti-sex or anti-capitalist Puritans, feminists and others of all types since last fall, not a single criminal charge has been brought against Weinstein. Frontline‘s episode is flawed, though it is superior to most of what you’ve probably read.

The worst part of Friday night’s “Weinstein” episode is the appearance by an attorney general (New York’s) who literally just finished commandeering the sale of the private company Harvey Weinstein co-founded — itself an impropriety because the state should have nothing to do with economics — with The Weinstein Company’s proposed new owners. The attorney general’s actions amount to a multi-million dollar shakedown. New York Attorney General Eric Schneiderman’s participation as it aired on Friday night is a stain on Frontline‘s sterling reputation because the PBS program did not disclose his intervention in and threat to the company’s existence. This is a glaring mistake because, without the disclosure, the appearance makes no sense and conceals his conflict of interest; Schneiderman has every reason to gain from prejudging Harvey Weinstein as guilty in order to remake the company for political advancement. Frontline should note and disclose this inherent conflict, observing the zeal with which the Empire State attorney general conspired or sought to dictate whether and how The Weinstein Company operates. Future airings should correct this error and disclose the context. 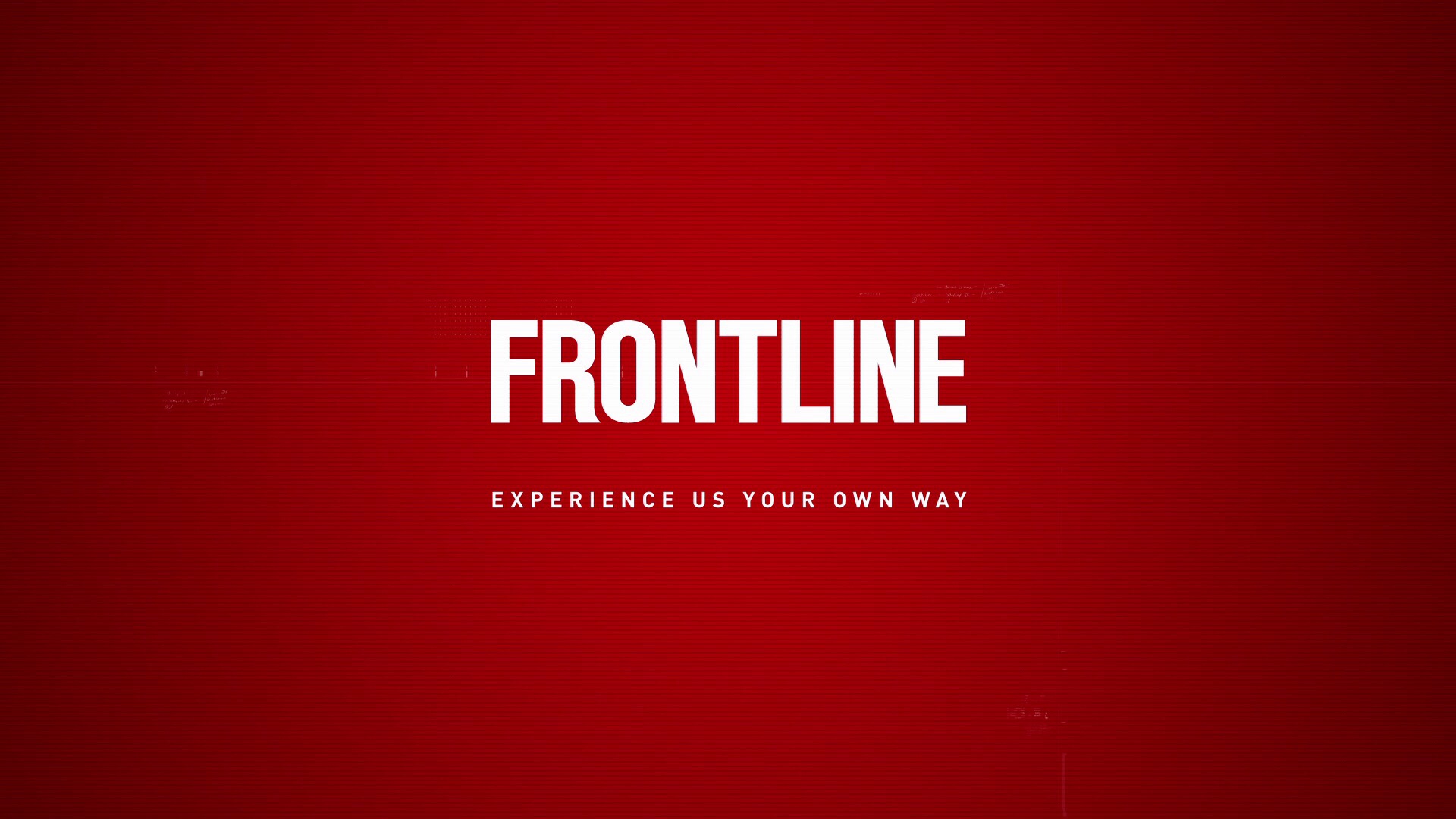 But “Weinstein” deepens one’s grasp of the claims and circumstances beyond mere repetition of the most salacious claims. Patterns emerge. Three persons interviewed assert that Weinstein cried when presented with an assertion of sexual wrongdoing. This is significant because, whatever the truth of the claims, this response is consistent with known tactics or patterns associated with potentially intimidating or abusive behavior. In this sense, one gets a clearer picture of Harvey Weinstein and his toxic or damaged way of thinking, something more complicated than a social media phrase or few lines. If these assertions are true, he appears to be anguished and conflicted about being predatory. In the context of industry complicity, it’s easier to see why Weinstein never saw some of what he’s accused of doing as wrong.

This goes to the other strong point in Frontline‘s report. The preponderance of assertions, as presented, add up to a subculture which, by the speakers’ own admissions, is entirely permissive and accepting of a wide spectrum of sexual conduct in Hollywood. Time and again, Weinstein’s allegedly boorish behavior is accepted. Every sexual impropriety claimant on Friday’s Frontline appears to also claim that they successfully rejected the sexual assault or advance. Frontline rightly repeats several times that Weinstein was contacted for comment and refused to appear while also asserting through statements his version and innocence of any crime. Weinstein admits wrongdoing and apologizes, as he did last fall. He also denies key assertions.

Some claims have gaps or discrepancies as reported. One woman explained that she had been invited by Weinstein to attend a “screening”. It soon becomes clear that by “screening” she expected to attend a party or premiere, though she gave no indication that either was promised by Weinstein. Then, she admits that she consented to go to his hotel room. It goes on from there with the woman’s consent. As far as I can tell, Weinstein’s alleged transgression appears to be a vulgar and improper sexual advancement, which she apparently (by her admission) declined. Two women who worked with Weinstein on his first movie, The Burning, appear on “Weinstein” making similar claims. Both also describe rejecting the advances.

Nearly halfway into “Weinstein”, Frontline introduces a woman who claims she was wronged by Weinstein at the Cannes Film Festival who also says No to his advances. She says she got up and ran into the bathroom — she says Weinstein cried when she called out his crude behavior and said he cried that she didn’t like him “because he’s fat”. Blade Runner‘s Sean Young adds that she, too, was horrified by Weinstein’s alleged variation on the bathrobe-and-massage-request routine and adds that she turned him down flat. Young goes on to claim without substantiation that Weinstein and two other powerful Hollywood men ruined her career — she names only Weinstein, however — for rejecting sexual advances.

The women claiming sexual impropriety or misconduct settled out of court, declined to go to police or press charges and refused to talk to the media. But Frontline apparently didn’t ask why. But when, in turn, Harvey Weinstein points out that one claimant “never complained to anyone” — she says she told her agent about his impropriety, though her “agent denies that she told him” — and that she’s promoting a lawsuit against him, Frontline sidesteps the discrepancy, making reference to the volume of claims against Weinstein and citing a general industry agency apology.

So, there’s a contradiction in versions of what happened. However, taking the victims’ claims as fact, there’s no corroboration, evidence or proof. A couple of former Miramax executives appear, but neither addressed the facts of what happened, except to say that they had no direct knowledge of wrongdoing. One of them confesses that he thinks “we were all complicit” which supports Weinstein’s earlier quoted contention that Hollywood’s promiscuous sex culture contributed to his acting out. Of the guilt by implication associated with out of court settlements, which Frontline and most in the media apply exclusively to the accused, Weinstein responds to Frontline that, in 30 years of moviemaking, “there were less than 10 settlements and none of those women were precluded from going to police.”

That no one who’d settled ever did leads Frontline into the use of non-disclosure agreements (NDAs), now a target of Time’s Up and Me, Too feminist movements lead by Disney’s Kathleen Kennedy, Anita Hill and Miss America’s Gretchen Carlson, all of whom seek a ban on NDAs. Frontline doesn’t examine government bans on consensual contracts, so the ranting against NDAs comes off as empty. Frontline‘s secondary sources, which include a person referred to as a “gossip writer” who admits accepting money to spike stories, include the model whose audio recording of Weinstein’s advances for New York police failed to persuade the district attorney to press charges. She apparently later accepted a million dollar settlement.

For his part, Harvey Weinstein comes off as the pathetic boor he’s widely accused of being. Though Frontline omits his initial statement of acknowledgement, wrongdoing and apology, which Harvey Weinstein made within hours of the New York Times’ unsubstantiated claims, it airs a clip of Weinstein apologizing for wrongdoing again after the first claims went wide. The New Yorker‘s Ronan Farrow appears in short, disparate clips making sweeping statements and assertions, oddly without emphasis on his own articles against Weinstein and without providing the context that Farrow has an interest in vilifying moviemakers over sexual impropriety claims.

Frontline interviews the New Yorker‘s Ken Auletta, who claims that he “could’ve nailed [Harvey Weinstein] in 2002 — the problem was I couldn’t prove it.”

Auletta’s choice of words are an admission of the media seeking to attack an individual without proof. Rather than ask why, Frontline lets Auletta do what he apparently considers his mea culpa but proving claims against Weinstein is a persistent problem which Frontline does not solve. Many of those who appear on camera, including those who have something to gain from denouncing Harvey Weinstein (and, in today’s lynch mob atmosphere, who doesn’t?) and his most hostile detractors, admit that they neither heard nor knew anything about sexual misconduct. For talk about how “everyone knew”, and it seems clear from this relatively sobering report that Hollywood, including the Walt Disney Company, which bought Miramax, had heard or knew about Harvey Weinstein’s vulgar behavior, neither evidence nor proof emerge in Frontline‘s “Weinstein”.

Except for a brief segment on the mogul’s origins in Buffalo as a concert promoter, Frontline skims and skips to his studio’s success in the 1990s, downplaying, but at least admitting or not denying, the scope of his artistic achievement. This is not how Bill Cosby was treated when he was widely and voluminously accused of what amounts to serial premeditated rape. Cosby’s career achievements were a cornerstone of reporting while Weinstein’s arguably more enduring legacy affords no such context and reporting. It is bad or flimsy to omit the fact of Harvey Weinstein’s exemplary record of making the best motion pictures. I find it interesting that media spectacles surrounding the downfalls of Cosby, Whitney Houston, Michael Jackson, O.J. Simpson and, more recently, Tom Petty, take great effort to consider the context of their alleged crimes and transgressions. Readers can judge for themselves what differentiates Harvey Weinstein from those other prominent persons, though the phrase “because I’m fat” and, I would add, Jewish and, in particular, creatively and commercially successful as a businessman, come to mind.

Frontline doesn’t evade Weinstein’s success or, worse, distort it to smear or prejudge him as guilty. Instead, in reporting what seems crucial to understanding and untangling the mess that Weinstein appears to have made, by his own admission, Frontline does what it does best; “Weinstein” accounts both for the victims’ impacts and varying versions of what happened. It gets to why and it pulls back for a bigger picture. Frontline can improve — a Vanity Fair writer claims without challenge or evidence that Weinstein “would ruin” anyone who spoke up — but its “Weinstein” is a start.