Having made it past the midpoint of FX’s nine-episode American Crime Story: The Assassination of Gianni Versace, directed by Netflix’s new multimillion dollar man, Glee creator Ryan Murphy, I have no reason to think it’s going to improve and every reason to think it’s going to get worse. This miniseries, based on a book by a writer for Vanity Fair and denounced by the late fashion designer’s family as fully fictional, confuses, distorts and detracts from itself. 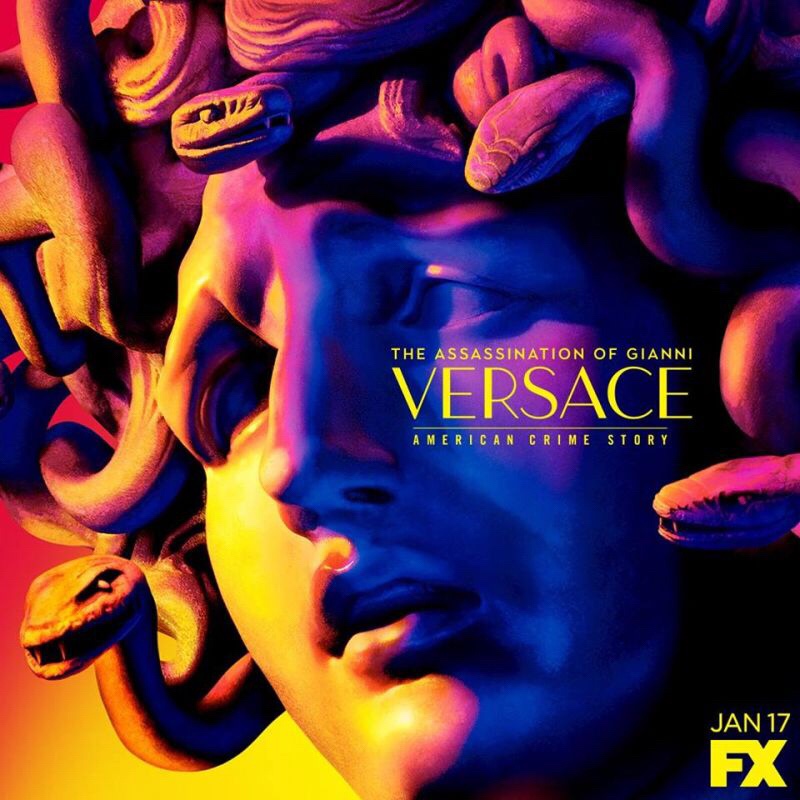 And that’s going on its own terms. Its terms, by the way, contrary to its title, have very little to do with one of the world’s most fascinating modern fashion figures, the late Gianni Versace, and more centrally to do with his assassin, gay poseur and gigolo Andrew Cunanan. After five episodes, it’s clear that this is a major part of the problem with The Assassination of Gianni Versace, which began with a taunting recreation of the Miami assassination on an epic, operatic scale.

What could have been a probing, insightful, or simply engrossing deep dive into the gay scene breaks apart into a thousand tiny, petty pieces signifying nothing except a morbid fixation on blood, death and horror. If you don’t know or have forgotten, Cunanan’s 1990s killing spree touches upon gay subculture in multiple potential arcs, ranging from the gay community’s ageism with its youth fetish to its uniquely blank sanction of indiscriminate sex without regard for the consequences. Whenever this series starts to half-raise an issue worthy of dramatization as it relates to Cunanan’s horrifying (and I mean horrifying as in gruesome and grisly) crimes, it bails and goes for quick, cheap shots.

Darren Criss (Glee) portrays Andrew Cunanan, a player in San Diego’s gay scene who became a serial killer more like spree killers Bonnie and Clyde or the Clutter murderers than like Ted Bundy, John Gacy or Jeffrey Dahmer, whose murders were numerous, premeditated and planned over time. Criss is a decent actor from what I’ve seen, though, here, his role is reduced to wide-eyed facial expressions, giggles and stunned silences to convey the character’s breach with reality. The Assassination of Gianni Versace unfolds in a backward timeline, unfortunately, costing the show any real sense of what happened and why because it doggedly stays focused on what happened at each killing point — Minneapolis, Chicago, the Carolinas, Miami — rather than why. So, Criss never gets an opportunity to dramatize Cunanan’s interior thoughts, motives and trigger points.

This may come later, but, by now, Cunanan’s background, psychology and motive should be well on the way to clarity in the series’ theme. They’re not. Instead, the portrayal repeats the same crazed look, followed by kinky sex (usually, merely the suggestion of sex) and cold-blooded outbursts resulting in murder and often, later, a few giggles, songs and frolicking about the room. Anyone who followed Cunanan’s 1997 killing spree knows how this ends and, those, like me, who followed it closely may already know or be able to suppose what moved and motivated Andrew Cunanan to seek out intelligent, creative gay men, envy them to the point of grafting himself onto them and all the bloody, ugly rest. But, again, The Assassination of Gianni Versace jolts with only the most shocking scenes and pre-scenes, leaving what made these men return Cunanan’s interests aside. Something must’ve drawn Lee Miglin, a top Chicago architect, father and husband, bravely portrayed by Mike Farrell, to Cunanan. The Assassination of Gianni Versace never shows why.

The same goes for Jeffrey Trail (Finn Wittrock) an ex-Navy officer and David Madson (Cody Fern). Murphy’s show logs character studies about each man and murder victim, but never connects the victim to the handsome, exotic and smoothly fraudulent Cunanan, who must have been more alluring and enticing than is portrayed here. Instead, each victim is sort of explained (thus far in the series) to oversimplification. Trail’s a military man who is tormented by his sexual orientation to the point of suicide and becomes vulnerable prey. Madson, as depicted here, loves his father (a good turn by John Lacy) but should have come out sooner. Miglin is a closeted gay architect who’s proud of his productiveness — he shows Cunanan a sketch of his skyscraper — but he’s a religious man who acts out his forbidden desires. Versace, played by Edgar Ramirez who does what he can with the part, gets even less characterization. Versace’s lover (an unconvincing Ricky Martin with little to say or do) has a complicated, non-monogamous relationship with Versace, which, again, might be a good flashpoint for dramatizing how gays are marginalized and act out accordingly, but any evidence of complication is cut out.

Versace’s enigmatic sister, Donatella, is played by miscast Penelope Cruz, whose accent is difficult to understand. The actress is too glamorous in the part, missing an opportunity to portray why Donatella became even more interesting in the wake of her brother’s homefront assassination.

Rough gay trade dominates the show without getting an appropriate tie-in, too, leading the audience with the impression that American Crime Story: The Assassination of Gianni Versace, like the stereotype of gays as shallow, petty and frivolous or flamboyant, exists to shock and titillate. For example, restraints, toys and explicit scenes are deployed without development.

Dialogue is painfully inadequate. Cunanan’s lines with victim characters ring most false. Miglin, Trail and Madson look at him and talk to him as if he’s escaped from a mental health clinic and that’s before they realize he’s going to murder them. This leaves the question of how he gained such access and power completely unanswered, let alone properly, interestingly dramatized. The disjointed series plays like a choppy but moody horror movie, tossing plot points across its ominously scored scenes, assuming the audience knows what Cunanan’s thinking, photographing everything with a greenish, artificially muted tint to enhance the surrealism, which only enhances the distortion, and taking the killer’s perspective.

A scene of Andrew Cunanan eating a bowl of what looks like Kellogg’s Froot Loops (get it?) adds nothing to the plot. That it probably never happened supports the Versace family’s statements renouncing this uneven, insignificant show as purely and entirely fictitious and worse for sensationalizing mass death. Netflix, which recently inked a big deal with The Assassination of Gianni Versace‘s creator and director, should take note that Hollywood legend Olivia De Havilland, the 100-year-old actress portrayed without her consent or permission in Ryan Murphy’s FX show Feud and suing to restore her good name and reputation, similarly dissents.

So, it’s not that The Assassination of Gianni Versace, barring any unforeseen turnaround in its remaining four episodes, does not dramatize the truth about the murder of a fashion legend (though I highly doubt it). It’s not even that it doesn’t try (though it doesn’t). It’s a bunch of slick scenes quickly stitched together to maximize titillation while faking that it has a meaning and primarily for the sake of the assassin, not the men or the man the assassin downed, which glorifies murder with horror (and badly). The real horror is how these innocent men fell prey to this monster and, perhaps, what made and makes Cunanan evil and depraved.

But depicting this would have required a story. What’s so unfortunate about American Crime Story: The Assassination of Gianni Versace is that it fails to properly portray the relationship between the criminal and his victims, so it never becomes a crime story.