The Shadow of Selma 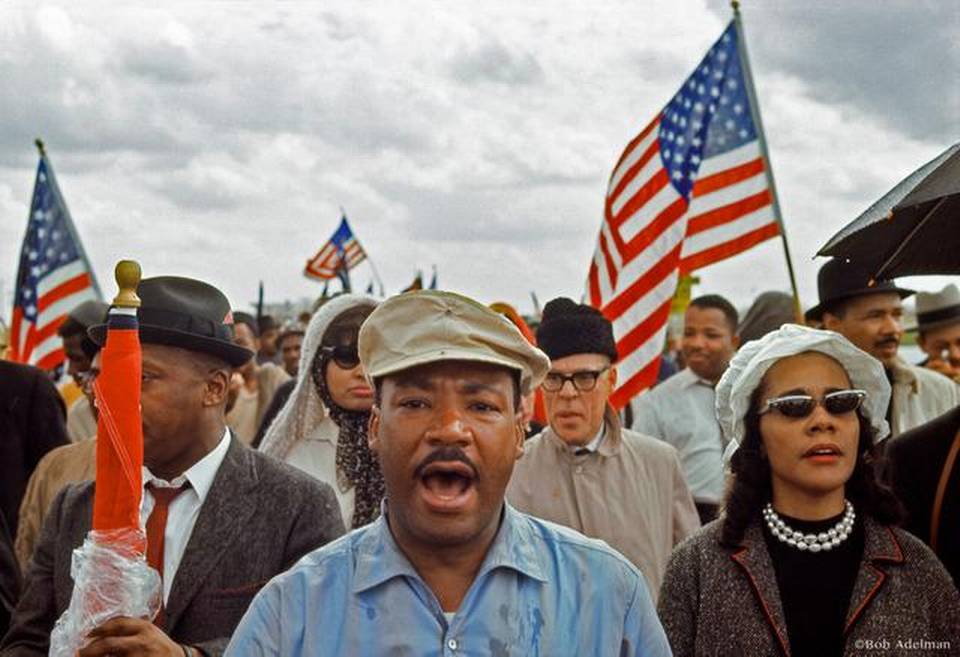 On the 50th anniversary of the historic violence during a civil rights march in Selma, Alabama, President Barack Obama once again disgraced the nation based on individual rights. He did so by minimizing the history of what happened at Selma 50 years ago, when peaceful Americans were physically assaulted and murdered by the government, reducing its importance, distorting its meaning and telling lies about America.

I say this because, while the first intellectual to publicly name Obama as fundamentally both dishonest and anti-American was Leonard Peikoff, I think that if America is to ultimately survive Obama’s calamitous presidency, Peikoff must become the first of many more.

Amid distorted visions, lies and coded signals for what he really aims to do, as against what he says he wants to do, Obama talked about the need to “roll back poverty” despite six years of failed economic policies and incessant dismantling of capitalism through massive government controls and takeovers of work, banking, business, finance and industry.

The president’s dishonesty worsened, as he railed against voting laws targeting certain types of people while he enacts voting laws targeting certain types of people. By reducing the historic injustice against blacks to the so-called right to vote, he insidiously persuades the passive listener into forgetting that Selma should be remembered for its unjust actions by the state against the individual, clearing a path for Selma to be revised in history as some vague, faceless collective crusade for some vague, generic, automatic government voting mechanism. Never mind the bloodshed at Selma that ought to be remembered as part of a struggle by the individual against the state. Blank out that the so-called “right to vote” is meaningless without the right to live, think, create, make money and pursue happiness or that the politician for “voting rights” is destroying individual rights by dictate or “executive order”.

Obama’s dishonesty climaxed as the speech went on. Referring to claims of race-baiting, he invoked his own administration’s report exonerating a cop in a local police shooting, which the black attorney general admitted found no evidence of wrongdoing by the white policeman who had been accused of racism, manslaughter and murder. Obama distorted the truth of the Justice department’s report—which, crucially, dispels the notion that the person who’d been shot had his hands up—baiting with some discovered racist e-mail messages to discard and evade the fact that police in the incident being investigated acted properly. “We don’t need the Ferguson report to know that [charges of race-baiting are] not true,” Obama said, baiting for race and evading facts. “We just need to open our eyes, and ears, and hearts, to know that this nation’s racial history still casts its long shadow upon us.”

Most Americans should know by now that it is the nation’s current president that casts the shadow of racism. Time and again, whether denouncing a white New England policeman or evading his administration’s exoneration of a white Midwestern policeman, it is Obama, who says he sees his life as based on race, who jumps to judge based on race. It is Obama who prejudges, judges and misjudges based on race. It is Obama who judges, and calls upon Americans to judge, based not on the sum total of a person’s virtues in action—what the Reverend Dr. King, Jr. rightly called the content of one’s character—but based on the color of one’s skin. The shadow of racism, which Ayn Rand rightly called a primitive form of collectivism, is cast by the president of the United States.

King in his peaceful crusade sought to enlighten, unite and liberate Americans, to obtain for the wrongly deprived their inalienable individual rights. Obama in his unilaterally powerful government action seeks to confuse, divide and control Americans, forcing those he regards as unfairly privileged to serve those he regards as having been wronged. It should therefore by now be clear that Barack Obama lied when he invoked the great emancipator Abraham Lincoln those nine years ago in Springfield, Illinois. Obama lied yesterday, too, when he told those gathered at Selma:

America is not the project of any one person. Because the single most powerful word in our democracy is the word “We.” We The People. We Shall Overcome. Yes We Can.”

Yes we can…what? On answering this question, contradictory Obama, who is himself the one person who regards America as his project to fix, blanks out.

The noble vow that “We shall overcome” refers to rising above the actions of an unjust government. America’s founders made reference to “We the people” …in order to form a more perfect union based on man’s rights. Obama’s Yes We Can serves only to negate and destroy: Yes We Can nationalize the medical profession. Yes We Can indiscriminately spy on Americans. Yes We Can destroy capitalism. Yes We Can refuse to wage war on states that sponsor Islamic terrorism. Yes We Can dictate what you eat, whether you travel, whether you use and what you say on the Internet. Yes We Can means No You Can’t do anything without the permission of the U.S. government.

“Two hundred and thirty-nine years after this nation’s founding, our union is not yet perfect,” Barack Obama said yesterday at Selma. This in practice means that Obama’s damage is not yet done; Obama the destroyer is bent on total destruction of the United States of America, its founding ideals and its highest laws. At its core, his Yes We Can means that Obama’s unthinking worshippers (“We”) can destroy America. With ObamaCare, the NSA, TSA and a gauntlet of government controls, and an unnamed Islamic enemy unchallenged across the world and appeased and encouraged to make catastrophic weapons, America’s end is closer than ever.

America is not a collective. America consists of Americans who are individuals. Some are believers. Some are atheists. All are considered to be infidels by America’s enemies, which is why all Americans should hold individual rights—including the right to not believe in a supernatural being—above all. While America’s Islamic enemies unite around what Benjamin Netanyahu rightly calls death, tyranny and the pursuit of jihad, Americans must reject Obama’s conflation of the injustice of the past with a future of total government control and instead unite around the truth that life, liberty and the pursuit of happiness are protected by individual rights.

To do so, Americans must step out of the shadow of America’s dark past—far away from the legacy of our dishonest, dishonorable American president—and into a new, reunified enlightenment as a nation of united individuals marching toward the future once so bravely envisioned by the man who stood on the mountaintop.