A Tale of Two Unarmed Americans

The death of Michael Brown sparked riots. The death of Miriam Carey (read about it here) did not. The difference is indicative of the disunited state of the union.

The disunity is not based primarily on race, as both Carey and Brown, not to discount the recent death of Eric Garner, were unarmed black Americans who died at the hands of police and many of the protestors objecting to judicial outcomes are white. The difference is not based on whether to judge based on facts or jump to conclusions based on emotionalism, though there’s apparently more of the latter, fueled by the cult of today’s fragmentary, momentary, whim-based media culture. A recent Fox News Special Report panel, for instance, comprised of leftist and conservative intellectuals, denounced a recent grand jury decision against a white policeman based purely on pictures, not facts.

No, what accounts for the difference between the public’s fixation on one unarmed American being gunned down by police and the public’s apathy toward another unarmed American being gunned down by police is the refusal or choice to think. When Ms. Carey, an unarmed black mother whose life was extinguished by police apparently without cause, was killed by cops, complete with media coverage and plenty of pictures and audio, practically no one noticed, questioned or scrutinized the shooting death. This despite the legal case by Ms. Carey’s family, who are suing the government for essentially murdering Miriam Carey after she became lost and made a U-turn (read about the case and her autopsy here). Who is Miriam Carey? No one asked. 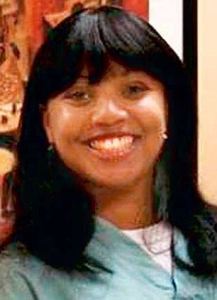 Why? Perhaps because, as America becomes a police state, ruled by the TSA and NSA, led by politicians in Washington, DC (which I first noticed during a visit in 2003 and wrote about here), the American people want to be ruled, to be controlled, to live under dictates such as ObamaCare, so they have no reason to question when a single mother who becomes lost is gunned down in the streets on live television like a scene from The Hunger Games. Is there zero interest in the identity, life and death of Miriam Carey because she died at the hands of those protecting the nerve center of the nascent police state Americans so desperately seek to live under?

From the drugs in his system and an apparent criminal assault and robbery to his parent urging people at what had once been a peaceful protest to burn the town to the ground, which is what subsequently happened, the public knows much more about the late Michael Brown. Whatever the merits of the judicial decisions, the public has reason to believe Brown was acting against the law while the public has reason to doubt whether Carey was acting against the law (despite initial reports). If Brown was a criminal and Carey was not – to say nothing of Eric Garner’s illegal actions, which prompted local businesses to call police and have him arrested – the dichotomy mirrors the nation’s disunity.

That an unarmed American being gunned down by police without cause in the name of protecting the president barely registers while an unarmed American being gunned down by police with at least partial cause in the name of protecting property and public safety incites riot says a lot about Americans’ hierarchy of values. Miriam Carey’s life was extinguished after she made a U-turn and fled from an unprovoked assault upon being unknowingly presumed guilty of intent to harm the president. Michael Brown’s life was extinguished after, by everyone’s admission, he assaulted a police officer. Does the fact that the former led to silence while the latter led to destruction reflect a society that holds contempt for life, liberty, private property and the selfish pursuit of happiness?

Time will tell. But two unarmed black Americans were shot in the head by police – one in a small, Midwestern town by a single cop and one in the nation’s capital by an army of police – and both died. One death led to an inquiry before a grand jury and elicited outrage, rejection and a riot and one death went unnoticed and untried and elicited silence, sanction and consent. I think it’s clear whose death is cause for concern about justice.

There are legitimate questions about the role of the police, who must be held to the highest possible standard for use of force in a free society, and questions must be asked and answered. They were regarding the death of Michael Brown – they were, too, over the death of Eric Garner – and the results were adjudicated. In the case of Miriam Carey, who was killed in front of her child with neither trial nor public doubt, question or protest, they were not. The disparity in the American people’s response – outrage versus consent – underscores the urgency of the ominous threat to individual rights.