Songs: “What About Us” by Pink

Pink’s Grammy-nominated 2017 single from her album Beautiful Trauma, “What About Us”, captures both the highly charged disunity of our times and a call for empathy and unity in a poignant and simple rhythmic melody. The dance anthem starts with a nursery tune-like la la la, which gives the song a childlike introduction. 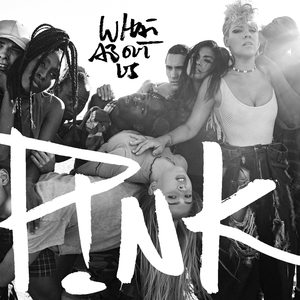 Then, comes a faintly audible yet distinctive Gregorian or African background chant, which alternately strikes me as a chorus of hardy sailors singing as they set out for sea. You can barely hear it, but this intermittent background provides an ethereal or ghostly dimension to the tune, which then bursts into a vocal by Pink demanding to know the title’s status. Lyrics are explicitly pro-human while the authority being scrutinized might as well be God or some supernatural notion or government or religious institutional authority. When a rousing bridge abruptly comes in, the main theme shifts its multiple challenges — “what about love?” “What about trust?” “enough is enough” — from God to ourselves. It’s effective.

Written by Pink (Alecia B. Moore), John McDaid and Steve Mac, “What About Us” will to some sound too tidy. Its beats per minute, range and chord progression are all well calculated for dance floors without compromising musicality, however, and Pink’s vocals of the intelligent lyrics are clear, pointed and insistent. There’s a sense that some value’s at stake — the shared purpose of a community, team or partnership; some sort of social relationship — and the song’s last three words end with an emphasis which puts the phrase with its many meanings to the listener to think about.

The compelling music video depicts Pink and an array of young urban types connecting, conflicting and agonizing during strife in slow motion, modern or pantomime movement in downtown Los Angeles.