Though I had known he was ill and he hadn’t been hosting Turner Classic Movies (TCM), yesterday’s news that Robert Osborne died hit me hard. I read the sad news in an e-mail subject line from TCM as the screening room lights went down before opening credits rolled for a new Warner Bros. movie, an irony I think he would have appreciated (Warner Bros. and TCM are owned by the same company). 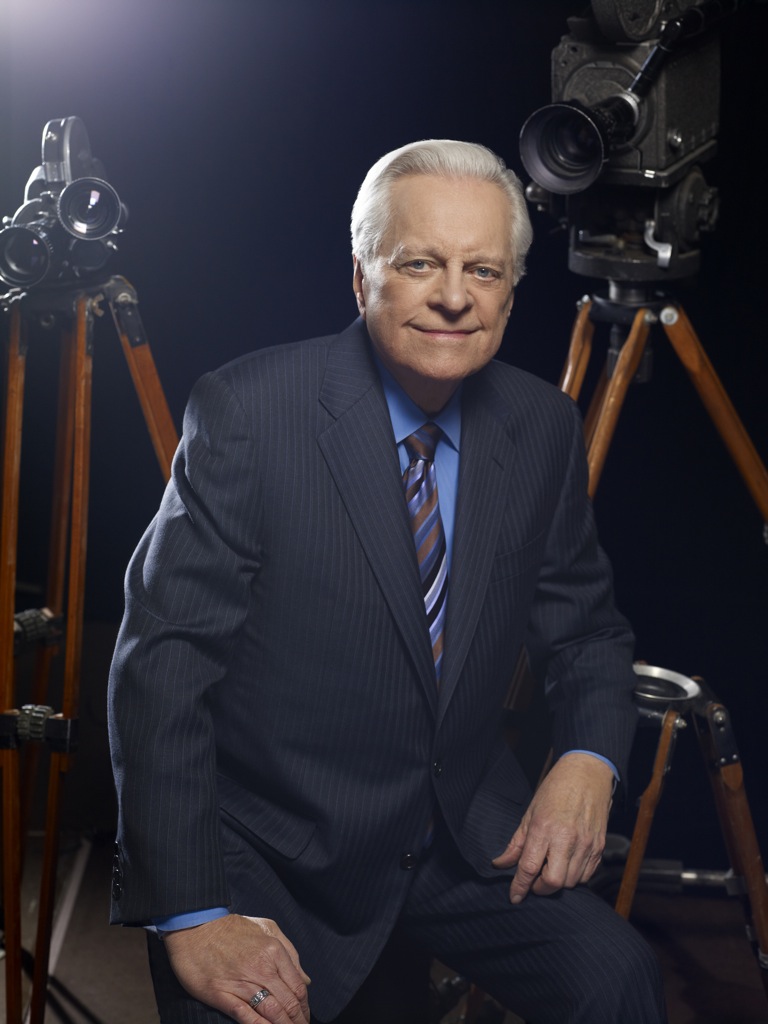 We met years ago when I started writing about film and Robert O., as he called himself on TCM, encouraged me to cover classic movies, which I did. Over the years, I interviewed him about several TCM programs, movie stars and topics. We talked about his work, career and life, mostly for this blog and for other sites, too. Those are fond memories. Of course, we talked about Hollywood’s Golden Age—read transcripts of our interviews about Lizabeth Scott, John Wayne and Katharine Hepburn—and we talked about Ernest Borgnine, Liza Minnelli and Robert Redford. We celebrated Barbara Stanwyck during an event he hosted at the Academy of Motion Picture Arts and Sciences—I interviewed him about Stanwyck for the centenary of her birth, which I plan to publish—and we talked about Hollywood, New York, Atlanta, TCM, the motion picture press and the Hollywood Reporter, Ayn Rand and the Oscars. I always found him to be candid and unpretentious.

Robert Osborne was a treasure. Readers often asked what he was like and I always answered with the truth; that he was exactly like he is on Turner Classic Movies. He didn’t self-censor, conceal or soften his thoughts as so many people do. He had a command of the facts about movies and he knew it. He spoke and acted like he knew it, too. This, more than anything else, including his work as an actor and as a journalist, explains his success as host of Ted Turner’s channel for uncut and commercial-free classic movies. The man who was a seasoned reporter, actor and confidante to the stars, including Olivia de Havilland and Lucille Ball, was foremost one who loved movies and knew that life is and ought to be as it is in the movies. This I know firsthand.

Passion did not scare him as it scares so many working these days in journalism, especially movie journalism, movies and television. Passion stirred and invigorated him. He wrote that way, strong, clear and simple, every month in TCM’s Now Playing and in books about the Oscars. Robert Osborne had studied and mastered facts about movies since he was a farm boy in the Pacific Northwest. He nourished that knowledge as a young man. He fed and kept it active and never let it go until, when TCM debuted in 1994, he traded on a lifetime of insights and introduced TCM’s first motion picture, Gone With the Wind—which he embraced without equivocation—the 1939 epic based upon Margaret Mitchell’s brilliant novel, a deep, serious movie which was revered by TCM’s creator, a larger than life figure himself, a capitalist who’d once bought billboards emblazoned with black letters on white space asking “Who is John Galt?”, founded CNN, married a movie star and lived on a ranch in the West.

Robert Osborne had a connection to that movie, too; he was friends with the actress who’d played Melanie. But being well connected alone wasn’t what gave Robert O. the confidence, command and mastery that viewers noticed and relished for 20 years. Nor is his ability merely a byproduct of the sum of his movie knowledge. He was much more than a charming ex-actor who ingratiated himself to Hollywood legends, more than a man with vast knowledge. He spoke as if he was as in love with the movies as you are. Robert Osborne’s mastery of TCM’s archive was richer than stately charm through an assuring voice, manner and gray hair conveying a grasp of facts. Robert Osborne mastered TCM with an enduring series of short, sharply crafted words enticing viewers before pictures because he had been the child who dreams. He had been the kid who works in the movie theater—the college student who stays in the library—the actor who studies his lines—the writer who thinks before he writes—the observer who dares to make the objective observation—and, above all, Robert O. was the gentleman who insists on living large and with glamor—just like life in classic movies.

This is what Robert Osborne brought to each introduction or interview—the ability to identify the movie’s ideal and a sense that one should bridge the real and romantic and realize the dream—and this is what he added to Ted Turner’s showcase for classic movies. It’s the greatest compliment I can give: that Robert O. affirmed the sense that wanting your life to be grand, larger than life and sublime is perfectly natural and fabulous. By framing each film with an upward glance, not a downward tone, by stressing the essential as the to-be-expected, the host made what happens in movies look wonderful, important and easy—and fully accessible to you.

As one who had the privilege of knowing Robert Osborne, I know that he lived with grace, passion and vitality. He was a marvelous host and, like one of his favorite movies, he left the audience satiated, enticed and wanting more. I hope for his sake and for those he leaves behind that his was a happy ending.