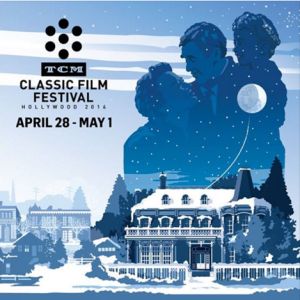 This week, Hollywood returns to its idealistic, enterprising and glamorous origins, welcoming those who really power the motion picture industry with TCM’s seventh annual Classic Film Festival. I attended for the first time last year and wrote about it here.

For four days, the best movies (and, admittedly, others, too) take over Hollywood’s most legendary and best movie theaters to be seen, discovered and enjoyed uncut and commercial-free, to borrow the phrase made famous by Ted Turner’s namesake Turner Classic Movies (TCM). Films from the silent era with Buster Keaton to the Golden Age with Doris Day, Fred Astaire and Gary Cooper and through the modern era with Laurence Fishburne and Angela Bassett will be studied, examined and discussed by fans, filmmakers and movie stars.

This year’s event passes are sold out, though individual tickets are available as the festival encourages passholders to choose from among several competing movies.

For instance, on the festival’s first night, one can see 1964’s movie about interracial marriage One Potato, Two Potato with leading actress Barbara Barrie discussing it with a film historian afterwards or watch a 40th anniversary screening of All the President’s Men (1976) and hear thoughts on journalism from both the men who made Oscar’s recent Best Picture winner about journalism, Spotlight, Josh Singer and Tom McCarthy, and the Washington Post‘s Carl Bernstein, portrayed in the movie by Dustin Hoffman.

But one could also choose from among three other movies in the same time frame: Harold Lloyd’s 1925 classic The Freshman, Dark Victory (1939) starring Ronald Reagan and Bette Davis, and Elia Kazan’s 1945 adaptation of Betty Smith’s novel, A Tree Grows in Brooklyn.

Here, the best is showcased in abundance.

Guests include archivists, scholars, authors and other artists and intellectuals. See the actor who played the boy in 1989’s Cinema Paradiso. See 1989’s Field of Dreams. Indulge in discussion of dogs in films, an examination of the movie score, a conversation with Elliott Gould about acting, thoughts on playing opposite Sidney Poitier, Katharine Hepburn and Spencer Tracy in 1967’s Guess Who’s Coming to Dinner from co-star Katharine Houghton or an appearance by Angela Lansbury at a screening of The Manchurian Candidate (1962).

The theme for this year’s TCM Classic Film Festival is Moving Pictures, meaning there’s an emphasis on movies that move the audience to think, to feel, to act.

Many of the 100 featured films do exactly that and, in today’s disturbing times, several stand out as extraordinarily relevant. From questions raised and dramatized about so-called income inequality in Douglas Sirk’s 1955 classic All That Heaven Allows and blacks’ lives depicted in John Singleton’s Boyz n the Hood to the penetrating portrait of media complicity in enabling the rise of a charismatic power-luster seeking government influence in Elia Kazan’s prophetic 1957 masterpiece A Face in the Crowd, the best pictures earn renewed respect over time.

Turner Classic Movies, honoring its creator, Ted Turner—a media titan who once bought billboards asking “Who is John Galt?” the philosophical challenge from Ayn Rand‘s Atlas Shrugged and created TCM because he loves movies, particularly Gone With the Wind (1939)—continues to earn respect, too. With a wine club, movie-themed Disney cruise, forthcoming app with the Criterion Collection for streaming classic movies and original programming and publishing, TCM skillfully brands itself as an expression of passion for movies which exists with outlets in reality, not as some obscurity for dilettantes pondering the avant-garde.

This week’s film festival is the best example, bringing together people who make and watch movies and doing so with a sense of joy, humor and especially with seriousness for thinking about what moves the world—which is exactly what ultimately moves and makes the best movies.

TCM fundamentally thrives as a source for great movies. But it also serves as a reminder and catalyst for today’s Hollywood to consider and honor its exciting and productive past and move the audience, studio and filmmaker alike to project into the future. Its annual presence in Hollywood gathers and converges the industry’s most loyal patrons and producers to worship what’s glamorous, grand and magnificent about movies, ensuring that industrialization carries on.