Two casualties of our increasingly vapid media culture are speaking out.

Alec Baldwin, an MSNBC host who was fired after one too many meltdowns, and Piers Morgan, CNN‘s prime-time host whose show is being eliminated according to today’s reports, recently gave their thoughts on why they are rejected by audiences. Both blame Americans to some degree and accept partial responsibility. Both are self-centered and lean left. Both brought on their own declines. 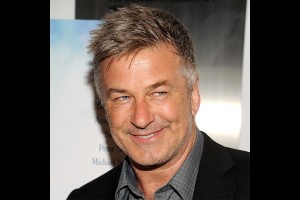 Alec Baldwin makes his case in a rambling online rant (read it here) while Piers Morgan talked to the New York Times in apparent advance of having had Piers Morgan Live cut from CNN’s schedule. Baldwin makes some good points about privacy, media and the right to be left alone. But he would have more credibility if he hadn’t been cashing in on media culture for decades. He disputes that he used the word “faggot” in a videotaped diatribe despite appearances to the contrary and he laments that he’s lost nearly all of his endorsement deals and jobs in the aftermath and says he’s quitting public life. Again, he would be more persuasive if he had made an argument sooner and in an appropriate forum.

Baldwin claims he’s a victim because no one believes him that he didn’t use the derogatory term. But it’s easy to see why someone who raged against his own daughter on an answering machine message, became belligerent on an airplane and admits calling someone a “toxic little queen” who profits from his abrasive personality is accused of using the term. Baldwin should also know that people who intend to have an apology (which he offers in the rant) accepted do not follow with the word “but” as he does. The “but” reduces or negates the preceding apology.

Baldwin spent years after a successful acting career making himself infamous for popping off, climaxing in a series of cynical commercials for Capital One’s credit card. Then he started a show on a left-wing channel. Every word of what Baldwin writes in the rant that’s true, and some of it is, is undermined by the fact that he remained silent, sanctioned and profited from mass media, including the part that lies, smears and destroys from the left. Acknowledgement of complicity is the first step in recovery. 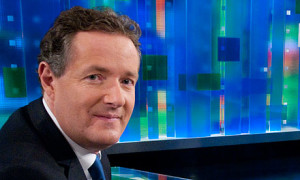 Four years ago, Piers Morgan was known in the U.S. for that famous YouTube clip of Susan Boyle singing a song from Les Miserables. Then, during an incessant countdown to Larry King’s retirement from the aging, stale and obsequious Larry King Live, CNN inexplicably promoted the British tabloid figure and paved the way for the ratings disaster that he’s since and steadily become. Morgan, who railed against the right to own guns, blames America’s culture for not connecting with audiences.

However, there is a simpler explanation. Morgan never took ideas seriously and it showed every night on his show, whether he was kissing Oprah‘s ring in a shallow interview with the media magnate or flirting with every guest and imposing himself in every conversation. Coming to America to take over an established media business property that’s been around in some form since the golden age of radio and promptly making it all about yourself and your Twitter account in what amounts to a chat in which you proclaim how confounded you are by your new host country is not likely to endear you to viewers in that country.

To his credit, Morgan did try to improve and get more serious. But it was obvious that his heart wasn’t in it, he was itching to get back to gossip, fluff and talking about himself. His ethics in airing interviews with seriously damaged celebrities such as Charlie Sheen hastened Piers Morgan’s demise; he appeared desperate and unserious.

Yet Baldwin’s and Morgan’s departures are not all good riddance. In format and function, they provided or sought to provide an exchange of ideas, which is what good journalism should strive to do. As the culture loses basic forums, venues and institutions, the dumbing down worsens. Eventually, the free press dies. It took decades for U.S. culture to go from reading newspapers and watching Walter Cronkite on CBS News to reading Tweets and watching pets on YouTube – or a vacant populist popping off nightly on MSNBC or Fox News – and whatever comes after Morgan and Baldwin, whether it’s more sex, crime or celebrity programming, is likely to accelerate the nation’s intellectual decline.