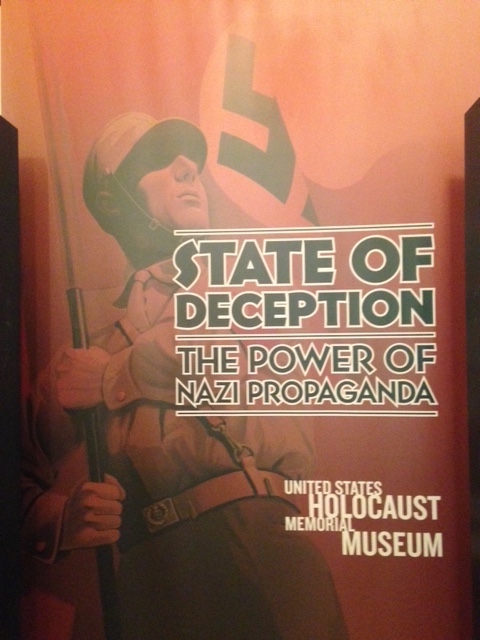 This month’s major political conventions will be historic. Nationalist Donald Trump, presumptive nominee of the philosophically bankrupt Republican Party, and welfare-statist Hillary Clinton, presumptive nominee of the New Left-dominated Democratic Party, are the most untrusted and, incidentally, unpopular presidential candidates in modern history. Clinton, exonerated this week by the Obama administration under a cloud of suspicion after the attorney general met with her spouse, the ex-president Bill Clinton, will be the first woman nominated for the presidency by a major party. Trump, generating controversy as always and this time by re-posting a Star of David superimposed on a pile of money via social media, will be the first non-Republican and explicit anti-capitalist nominated by the party which once advocated some degree of capitalism and individual rights. Both will be nominated in American states which were once great industrial centers; Clinton in America’s first capital, Philadelphia, Pennsylvania, and Trump in Cleveland, Ohio.

Look for what today’s digital public relations, marketing and social media types call optics at the GOP (July 18-21) and Democratic (July 25-28) conventions. Halting, hair-splitting, cackling Clinton may try to come off as softer, less harsh and hostile and more easygoing as a leader; the safer choice. Spewing, ear-splitting, rambling Trump may try to pass himself off as essentially charismatic and strong, less harsh and hostile and more decisive as a leader; the stronger choice. He will try to be a man of the people, an unapologetic village crier and throwback to pre-Obama days, undoing Obama’s legacy by throwing up tougher, state-sponsored fixes at the strongman’s sole discretion. She will try to appear as a woman of the people, a servant carrying on the Obama presidency’s New Left agenda while silently signalling that the age of statism and egalitarianism—policy dictates defining one’s identity by race, sex or culture—has just begun. The next few weeks will be heavy on optics for two power-lusting frauds in American politics.

Look closer for signs of propaganda, however. Whether at the statist’s or the nationalist’s convention, despite whatever riots, anarchy and attack may be carried out, the coming conventions and 2016 will be filled with symbolism and signs of what’s to come. Trump is a master of this—Clinton is not—as he demonstrates by tagging media personalities, streams and channels to generate greater exposure and attract new followers (read my post on The Circus Cycle). Though Trump polls as a loser, polls have been wrong for years, from House Majority Leader Eric Cantor’s upset loss to this summer’s Brexit victory. I suspect the Trump voter conceals his planned vote from others. Watch for propaganda to foreshadow (unless Libertarian Gary Johnson is elected president) the new presidency.

Propaganda, as shown at a recent exhibit at the Richard Riordan Central Library in Downtown Los Angeles, has the power to push a civilized nation to dictatorship. Through visual manipulation, such as digital memes, cartoons and posters, especially in today’s increasingly anti-conceptual, perceptual-level culture, the public can more easily be persuaded of certain assertions. National Socialist propaganda, including promotions for Hitler’s Mein Kampf (which translates as My Struggle), was thoroughly premeditated. Read Leonard Peikoff’s The Cause of Hitler’s Germany for a fundamental explanation of Nazi Germany.

As displayed in “State of Deception: The Power of Nazi Propaganda”, which runs at the Downtown LA library through August 21 (read about the traveling exhibition here), the Fuhrer (“leader”) and his top Nazis clearly grasped the importance of graphic arts in disseminating their philosophy of duty to the state and submission of the individual to serving others, i.e., altruism, in the name of the god-state-people-race. In certain cases, graphics and images glorify the upshot of National Socialism in practice: mass death and total government control of the individual’s life.

The exhibition, produced by the United States Holocaust Memorial Museum, shows how “the Nazis used propaganda to win broad voter support in Germany, implement radical programs, and justify war and mass murder”. The exhibit continues in Texas and Louisiana (see the schedule here). 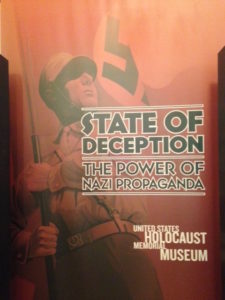 Nazi propaganda posters, movies, art and designs also illustrate attacks on Jews, capitalism and profit. There are other lessons, too. Note the cult of personality employed to foster worship of the charismatic leader. Observe similarities to recent U.S. campaign themes, such as Obama’s “hope and change” paraphernalia, the controversial “Ready for Hillary” capital H with its arrow, and, of course, Trump’s chronic emphasis on himself as the charismatic leader for nationalism, bellowing against others—illegal immigrants, Moslems, Apple, businesses that trade with China—as causing America’s downfall. Clinton, and especially Sanders, target others, too—businesses, Apple, traders on Wall Street, the wealthy—and both sides explicitly target the individual for persecution.

What is so alarming about the 2016 presidential election, and what makes National Socialist propaganda particularly relevant, is the erosion of freedom of speech in America. Obama’s administration attacks free speech, from censoring news to censoring movies and intimidating Americans who would exercise free speech (read Obama Vs. Free Speech). Clinton, who once proposed outlawing divorce for couples with children, has been a part of Obama’s assault on the First Amendment and she sought to evade public and press scrutiny during her entire four years as secretary of state while denouncing an American film as the cause of an Islamic terrorist act of war on the United States. Trump, who cuts off microphones at press conferences, proposes eliminating free speech by weakening libel law and jokes, then says he means it seriously, about having journalists targeted for state-sponsored death. 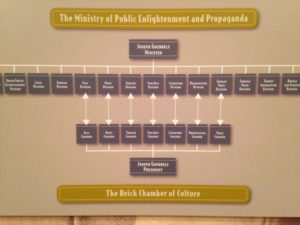 These are explicit policy ideas, plans and actions. Insidious state sponsorship of media and the arts, like something emanating from the Nazi flow chart pictured here, includes quasi government control of the Oscars (Michelle Obama Ruins the Oscars) and arts and technology conferences (SXSW).

As the free press, too, diminishes with the spread of quasi-government control of industry, subsidizing state-favored cable TV monopolies like Time Warner and Comcast which own and operate major media (CNN, HBO, Warner Bros. Pictures, MSNBC, NBC, Universal Studios), coupled with the dumbing down of American education and culture, it becomes both easier and less apparent for the state to impose controls, cronyism and influence, i.e., blacklists. Only this summer did Tribune Publishing, which owns the Chicago Tribune, Los Angeles Times and Baltimore Sun, change its name to the term “tronc” (without the quotation marks but with the bad punctuation), an amalgamation of “Tribune online content” in what appears to be a bid to seem modern, generic and anti-conceptual.

Convergence of today’s aggregated, dumbed down media with secretive, oppressive censorship cannot be far behind.

Holocaust survivor Elie Wiesel, whom the world lost last week, lived his entire life warning of the danger of staying silent while ominous government insidiously gains the power to destroy life. As the summer of ’16—with Clinton, tronc and Trump—goes down shoveling propaganda in conventions and toward a darker history, this is the moment to stay tuned, call statist and nationalist propaganda what it is and speak out.