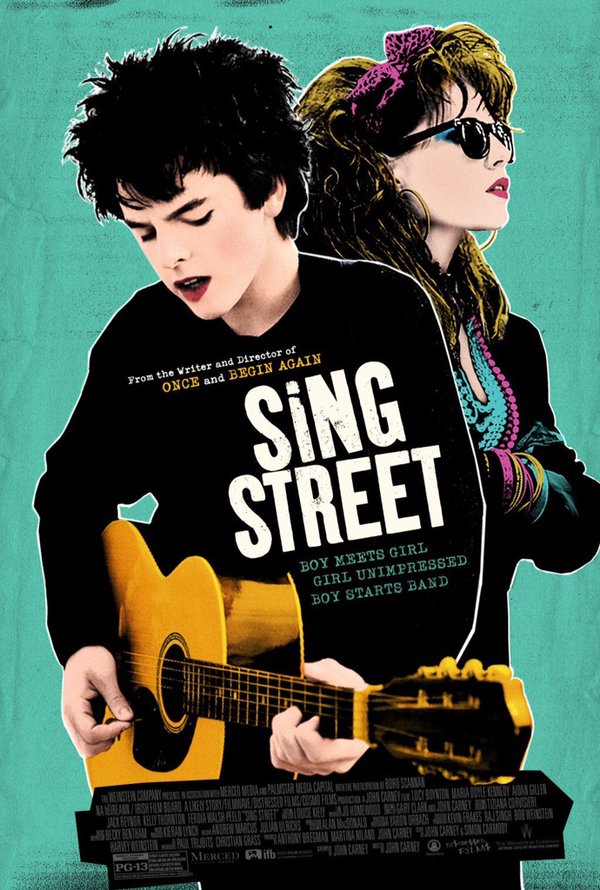 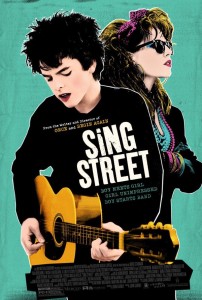 John Carney’s spirited Sing Street is the perfect movie for right now. Writer and director Carney (Once), who wrote or co-wrote several songs in the picture, balances the bitter with the sweet on a small scale and lets the story achieve an idealistic purpose. This fact alone makes Sing Street a rare and welcome accomplishment.

Set in Dublin in 1985 at the height of Western civilization’s burst of rock romanticism known as the New Wave, Sing Street sweeps its main character, a young teen named Conor (newcomer Ferdio Walsh-Peelo), into the hopelessness of socialism in short, brisk strokes. At first, he strums music to deflect his parents’ marital tension. Music is a hobby to pass time between bouts. That a new incarnation of melodic, glamorous rock becomes to him and his older brother Brendan (excellent Jack Reynor) a shared symbol of what can and ought to be, in the form of a Duran Duran music video, centers the multilayered plot.

Due to financial strain, his parents send him to a dodgy Catholic school where thugs roam freely and priests merely manage Dublin’s male students. His father forewarns but forces him into the school, where a bully targets the fresh-faced kid and the principal seeks to make him conform as a moral duty to authority. Restless and coached by his worldly older brother, the kid looks for any means to break the line and muddle through. He finds Raphina (Lucy Boynton) standing on a stoop.

In a moment of bluster, he improvises to her that he’s a singer in a band, so she dares him to sing a line from the new hit song “Take on Me” by a-ha. He stumbles through, improvises again and winds up having to deliver some of what he’s promised. Enter an assembled band with a couple of talented musicians, a chubby kid, a geek with braces and one who likes rabbits. Before you can sing “don’t you wonder what we’ll find” from Joe Jackson’s 1982 hit “Steppin’ Out”, out comes the gear, the cover tunes, the rehearsals, the outfits and, of course, a music video featuring the would-be glamour girl.

As the lad’s life gets complicated, he puts himself into the new enterprise and becomes a songwriter.

With skilled and appealing leads wrapped in Irish sweaters and fitted with witty lines, Carney’s and The Weinstein Company’s radically wholesome and romantic Sing Street breaks down the bone-crushing blows and heartbreaks of being poor, young and trapped in an unhappy family on a religious welfare island. With an old-fashioned spirit of putting on a show rooted in one’s problem-solving amid the prospect of a bleak future, Sing Street finds the good in three acts. Mixed with subtle digs at predatory authority figures, intelligently and marvelously developed characters, performances and scenes about making music from “the wreckage of family”, and learning to love who you see in the mirror, Carney weaves the harshness of life for “a kid, a girl and the future” into the optimism of 1980s’ pop culture.

This essentially American sense of life is rightly named, reclaimed and layered in the invigorating and reverentially idealistic Sing Street, with an adroit sense of melancholy from The Cure and a nod to Philadelphia bop with “Maneater” by Hall and Oates. There are plain and hidden insights about songwriting, friendship and brotherhood besides the awkward romance that develops between mysteriously damaged Raphina and wide-eyed Conor and some of it is so simple that it’s tempting to gloss over its playful abandon. The cast is outstanding. So is the music.

Unexpectedly, Sing Street is the antidote to the John Hughes movie (and I like those movies, particularly Some Kind of Wonderful). Those films often take place in the 80s while playing to themes that emanate from the 1960s or, at their best, the 1970s. Sing Street instead applies the exuberant ethos of the 1980s—with scenes of strangers dancing in public, as the Irish coastline goes by, and a boy’s delightful fantasy—to universal themes relevant in today’s hard economic reality. Like the better New Wave songs and indelible music videos, it cultivates an earnest theme that life can and should be as it is in music and pictures and lets it free as a badly needed burst of youthfulness and joy.