The March of ‘Me, Too’, Media and the Women Who Knew

The distinction between media and social media is, as I’ve forecast, disappearing. Years ago, when gossip tabloids first started reporting, accurately as it turned out, about the American president’s sexual dalliances, the establishment media, such as the New York Times, driven by competition with the rise of the Internet and sites such as Matt Drudge’s aggregation website, followed suit. This smut-based media coverage came to dominate the Clinton presidency, causing some to accuse the president of launching military strikes against Islamic terrorist camps as a diversion. The strikes, as has been reported, were very limited, extremely ineffective — the president refused to approve bombing the terrorist planning to attack the World Trade Center, for instance, because intelligence indicated that he was in a tent being used as a mosque — and America was attacked on September 11, 2001.

The terrorist group that launched the attack still exists. Other terrorist groups have been created. The states that sponsor Islamic terrorism have, or can get, nuclear weapons.

The media matters. How reporters approach topics matters. So, when social media, with its instant and direct access to the public and lack of proofreading, fact-checking, editing, selectivity or curation and double and triple-checking, came to dominate the media — the news media is now driven by social media and vice versa — the facts, stories and analysis became less reliable, less credible and more suspect (as I wrote here).

No where has new media’s impact been greater than in the Me, Too movement targeting, naming, accusing, maligning and attacking men for sex crimes and transgressions. Stories with unsubstantiated allegations, anonymous sources and multiple discrepancies, claims which often cannot be corroborated, would have been spiked before going to press. The media knew, for instance, about President Kennedy‘s dalliances, which include accusations of drugging at least one subordinate woman for sex, and did not report it. Similarly, there were rumors about Clinton, Bush and other powerful men for decades which went unreported unless legal or publishing, i.e., an accusatory memoir, action had been taken. As recently as a few years ago with the rape claims against Bill Cosby, the media was cautious in its reporting and careful to point out that these were, whatever their volume, claims and allegations, not proof of guilt.

Not anymore. Ever since the New York Times and New Yorker reported at random on certain claims against Harvey Weinstein, ushering in the wave of countless, largely unsubstantiated and difficult to corroborate sexual assault and harassment allegations against numerous men, the Me, Too movement marches on. Even before that, the media was becoming as salacious and smutty as the gossip tabloids. The San Francisco Chronicle published a column by an ex-wife detailing alleged infidelity of movie director Joss Whedon. As I forewarned in a post about the public campaign to destroy Harvey Weinstein, dozens of men in prominent positions in business, many of outstanding ability, have been maligned, most without charges or evidence, accused and marked for total ruin in a national frenzy conflating sex claims of varying degrees of accused wrongdoing. Though some of the men admit to actions they claim to regret, most of the accused deny wrongdoing. 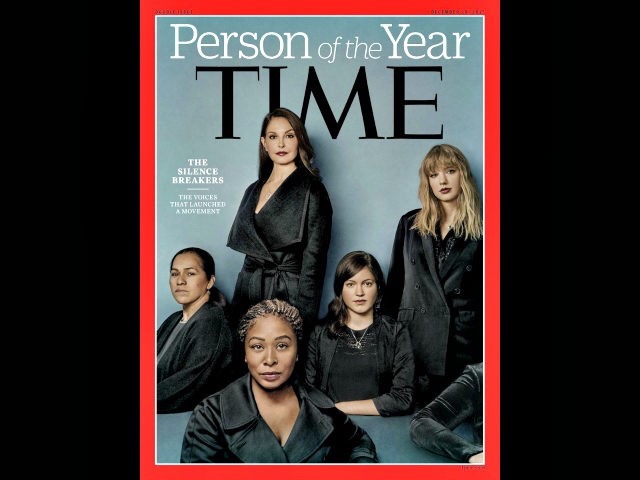 Note that most of the accused men are neither charged with crimes nor named in civil court proceedings by the victims. Weinstein, for instance, has not been charged with a single crime, though he was, in fact, physically attacked by a stranger who photographed the attack. The Me, Too campaign to persecute accused men by public opinion through social media rages on. Any woman who makes a claim is instantly branded a heroine. Any man who is accused is instantly branded a monster.

I first questioned this herd mentality and mob action through social media with posts questioning the punishment of Brian Williams. Last year, with the coordinated attack on the nation’s top cable news host, I questioned the firing of Bill O’Reilly. By last October, New York’s vaunted publications were publishing major pieces accusing a studio boss of rape and sexual harassment. I questioned then, too, swift and sudden pronunciations of guilt without evidence or trial of moviemaker Harvey Weinstein, who, like Brian Williams, had immediately admitted certain transgressions, showed remorse and sought to make amends — in each case, not on the grounds of innocence or guilt but because the means by which the accused, maligned man was being judged, persecuted and punished was deeply flawed, lacking or disproportionate.

Recently, others started questioning this mob mentality, expressing doubts and criticism of the Me, Too movement. Challenges and questions have recently been raised by Margaret Atwood, Liam Neeson, Catherine Deneuve and others. 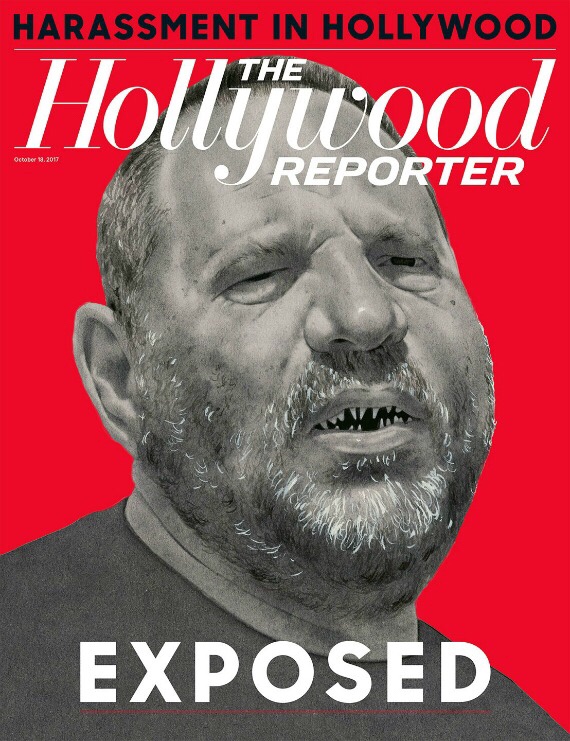 As I forewarned, the Me, Too movement is becoming an anti-sex movement intent on imposing government controls on people’s private affairs, dictating work terms, contracts, sex training, demanding the purge of men from the workplace to be replaced by women because they are women. The Hollywood commission proposed by Disney’s powerful Lucasfilm boss, Kathleen Kennedy, who demanded that feminists, activists and college professors be put in charge of strict new workplace controls, already exists. The commission boss is Anita Hill, who embraces the aim to restrict contracts and impose programs designed to spread workplace egalitarianism based on one’s sex.

The Me, Too movement, which has been heralded by the left and the right alike, not only threatens sex, privacy and free trade; the movement suppresses free speech. Again and again, anyone who speaks out against the Me, Too movement is castigated and maligned — observe the Me, Too response to Ms. Atwood or The Atlantic reporter whose article questioned comedian Aziz Ansari’s accuser — and any dissenter, no matter her nuance or deviation, is crushed on social media. Meanwhile, daily claims based on pictures, posts and Tweets destroy careers within hours.

Even men who are not accused of sex crimes are presumed guilty. The deal to adapt Jeffrey Toobin’s bestselling book about convicted felon Patty Hearst as a movie was terminated hours after Hearst attacked Toobin’s book on the grounds that she was a sex crime victim.

The hysteria is stirred by short-term gains in ratings and ad revenue but the feeding frenzy continues to inflict real damage to and prohibition of the free exchange of thought, speech and ideas. The most diligent observer and rational consumer can’t avoid today’s constant onslaught of posts, headlines and articles about the flimsiest of claims. A barrage of vulgar and lurid sex scandals, as against a thoughtful examination of sexual assault and impropriety, regardless of the legitimacy of any claims, overshadows crucial and urgent news about more deadly and imminent dangers. 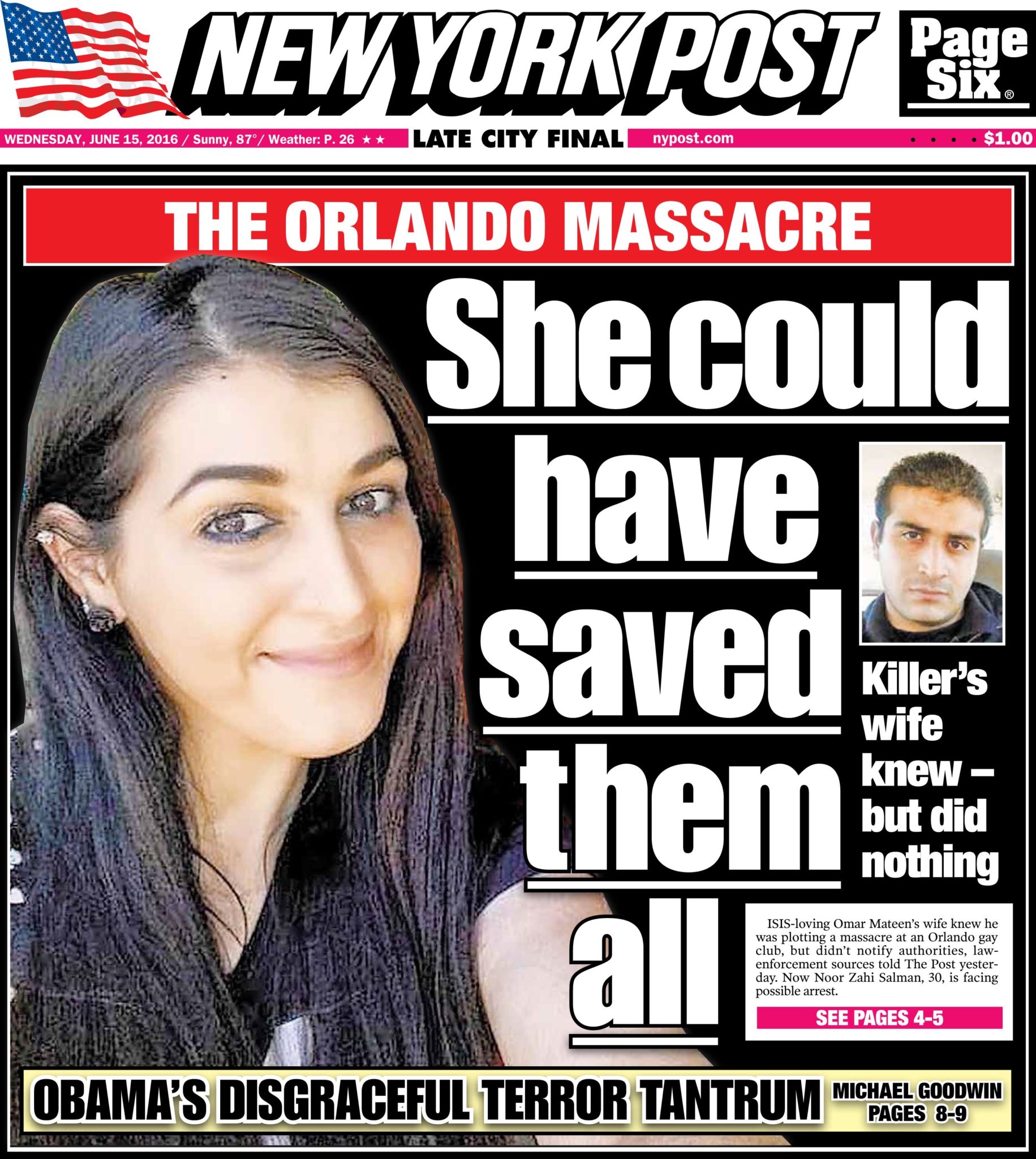 Consider, for example, an Islamic terrorist’s June 12, 2016 act of war at a gay nightclub, in which the jihadist, Omar Mateen, gunned down 49 Americans and clubgoers (and wounded 68 people). The trial of the woman charged with lying to investigators and aiding and abetting the Moslem terrorist, Mrs. Mateen, Noor Salman, who admitted seeing her husband leave the day of the shooting with a backpack full of ammunition, starts March 1. How widely is this fact known? How many in the news media reported this fact, which is based on actual evidence, and how deeply was it examined?

Do you know about the disclosures of facts about Mrs. Omar Mateen? Did you know that she knew her husband “was going to do something very bad” before the Islamic terrorist attack? 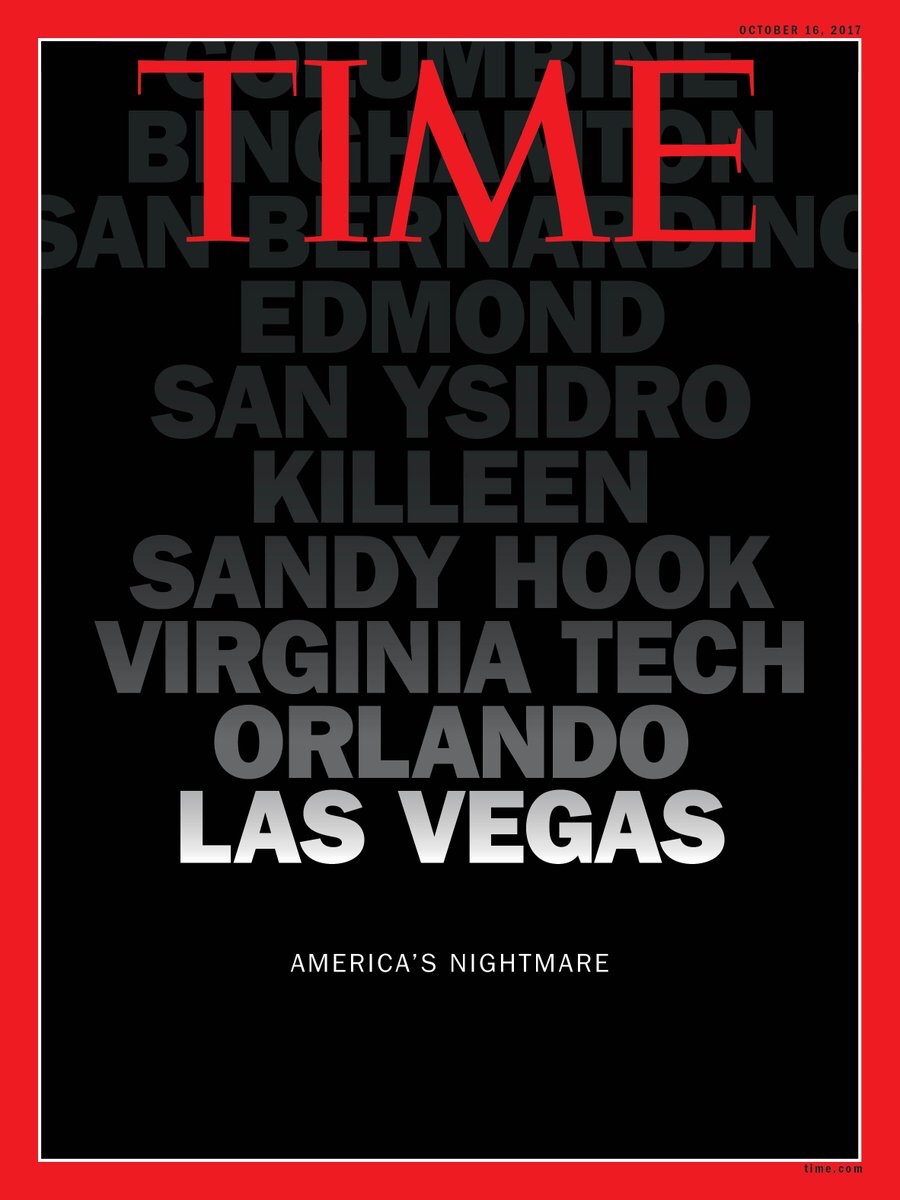 Did you know that the fingerprints of the Las Vegas shooter’s partner, Marilou Danley, are reportedly all over the weapons used in the attack, which killed 58 Americans and wounded 851 concertgoers, replacing Islamic terrorist Mateen’s assault as the worst mass gun murder in modern U.S. history?

As hysteria replaces journalism and the New Yorker, New York Times and broadcast news mimic the tabloid gossip they once, not long ago, routinely dismissed as speculative sensationalism, blowing accusations out of proportion, publishing what amount to smears and insinuations and dropping the context of someone’s claims while failing to report news that matters, consider the toll this takes on how you know what you know. Whether you knew that Marilou Danley knew that Stephen Paddock was acting strangely before the mysterious attack on over 20,000 concertgoers may be a byproduct of chronic media attention to gossip that is not news.

Or consider whether you know how an errant missile launch alert happened this month in Hawaii. And who, in particular, down to his (or her) name, rank and specific job responsibilities, activated the missile warning. When one knows only that a man is accused of sexual wrongdoing, and that, hours later without a legal claim let alone criminal charge against him, he’s lost his job, his career, and, possibly, his livelihood for life — but you do not know the name of the person who sent millions of civilians running for cover from a nuclear strike — the free press is severely diminished and compromised. So, too, is your ability to learn, sort and judge facts, information and new knowledge.

When the free press becomes a farce, and the exercise of free speech is mocked, maligned, suppressed, attacked and all but vanished  — when, in essence, only the claim “Me, too” is reported and tolerated — your rights and your life are more than ever at risk.