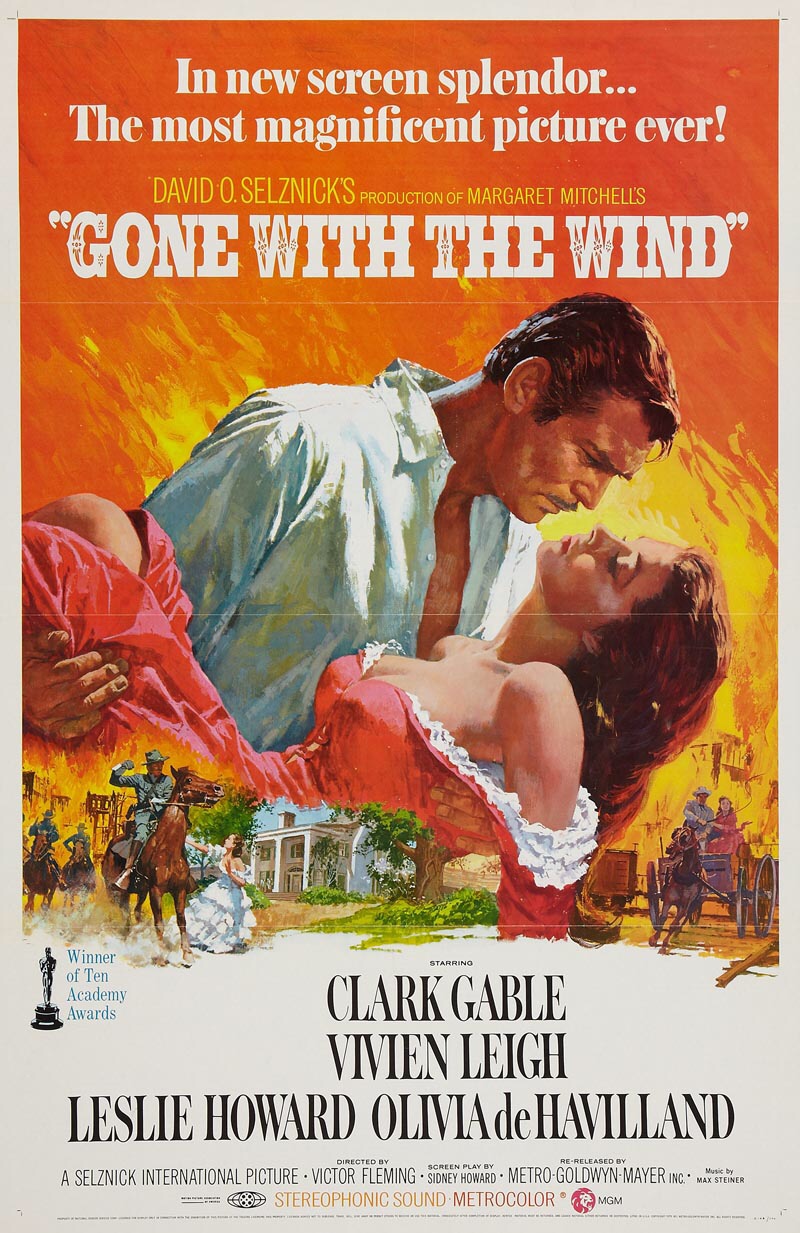 Read my writing on David O. Selznick’s Gone With the Wind (1939) which I wrote after seeing the movie at Sid Grauman’s Chinese Theater in Hollywood this spring during TCM’s annual movie festival.

In the essay, which includes an extended section on my personal context for seeing the film and reading the 1936 novel by Margaret Mitchell, which won a Pulitzer Prize for literature, I examine its treatment of slavery, romance, women, history and war. This includes my analysis of its most famous line, which I think is misunderstood, overestimated or underestimated, and a new discovery about the character Prissy.

Read my analysis of Gone With the Wind on New Romanticist here.

Another movie I had seen before, long ago, but never reviewed, is Samson and Delilah, Cecil B. DeMille’s 1949 Bible epic. This, too, I saw at TCM’s festival. This, too, contains certain aspects that I think today’s audiences (to the degree they’re aware of these movies) may miss. Read my guest review for a classic movies blog of this movie about sex between man and woman here.

Though I had never seen Winchester ’73, a Western starring James Stewart and Shelley Winters, I knew about its anti-Western or modern reputation. I think I detected an aspect about the 1950 film which other analysts may have missed, which I write about in my review. You can read my guest review of Winchester ’73 here.

Each new review includes a short postscript on the screening including my thoughts on TCM’s presentation. Additionally, I reported on TCM’s tribute to the 20th Century Fox studio founded by a Hungarian immigrant named William Fox, which like Marvel Comics has been consumed by Disney, for one of the Internet’s best classic movies sites, Once Upon a Screen. Read the appreciation of Fox here, where I also share other classic movies posts, including my roundup of TCM’s 10th annual Classic Film Festival.

One of the TCM event’s best features included a program with the child of Ruby Dee and Ossie Davis, as well as Charlton Heston’s son and Cary Grant’s kid with Dyan Cannon. An article about this discussion, moderated by the granddaughter of Melvyn Douglas (Ninotchka, Hud, The Candidate), will be posted soon.

In the meantime, I’ve also conducted a thorough examination of the 1969 Academy Award-winning Best Picture, Midnight Cowboy, which turns 50 years old this year. I had never seen the movie, which is curiously forgotten, ignored or rarely discussed yet widely heralded as a masterpiece, an assertion which I dispute in my analysis. Read my thoughts on this bleak and miserable gay-themed film, which debuted in the same year as the hippies’ music festival near Woodstock, Charles Manson’s mass murderous hippies in Los Angeles and America’s landing a man on the moon, here.

Recalling the opposite of Midnight Cowboy‘s extremely depraved and influential sensibility, today’s the date that Turner Classic Movies airs its movie marathon in memory of the late Doris Day, who died last month in California. I was moved to write a tribute to this wonderfully American star which I hope you choose to read. Turner Classic Movies features the article, “America Needs Doris Day”, here.