The best this longtime Playboy subscriber and reader can say about Playboy founder Hugh Hefner, who died this week at the age of 91, is that he was a passionate advocate for sex. I think his early years were his best, really, as he introduced the Playboy brand, which began with journalism and women’s nudity in a magazine described as “entertainment for men”, across multiple platforms. 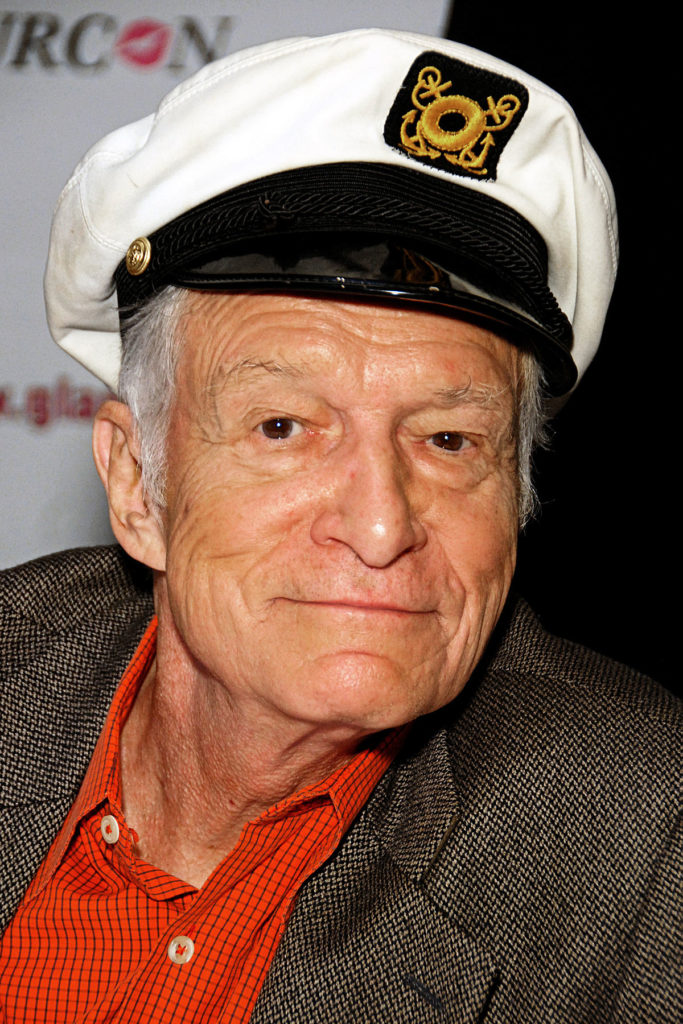 Hefner’s work and record speak for themselves and he has some grand and amazing achievements, especially in providing fact-based articles about sex, news and the culture, even some of his activism against religionism, which he regarded as Puritanism, and the absolute right to free speech. Hedonism as an alternative to Puritanism, however, has a similarly constrictive effect and I think this, too, showed in Hefner’s work and life (and, possibly, in his face; Hefner rarely looks happy, especially in his later years). Accordingly, Playboy began in the 1950s as a bold voice of sexual liberationism, featuring nude photographs of Marilyn Monroe in its first edition, and faded in popularity and influence in the 1980s, culminating in a recent low point with the numerous accusations of rape and sexual assault against Bill Cosby, which included an alleged attack at the Playboy Mansion in LA’s Holmby Hills. Based on what I’ve seen, heard and read, I think the tales of anything-goes depravity at Playboy parties are probably true.

In her book, The Hearts of Men: American Dreams and the Flight From Commitment, according to an article by Rick Kogan in the Chicago Tribune, author Barbara Ehrenreich asserts that the conventional wisdom about Hugh Hefner and his sexual-themed empire is 100 percent wrong. Playboy, she writes, offers “not eroticism, but escape — literal escape from the bondage of breadwinning.” The posed Playmates, she wrote, “were necessary not just to sell the magazine, but to protect it. When, in the first issue, Hefner talked about staying in his apartment listening to music and discussing Picasso, there was the Marilyn Monroe centerfold to let you know that there was nothing queer about these urbane and indoor pleasures.”

The worst article I’ve read about Hefner is published in the Los Angeles Times. It’s a commentary by Robin Abcarian and she starts by complaining that he cultured women to be subservient pieces of flesh for men’s indiscriminate approval, an argument that might have been more persuasive had she provided evidence and not ended her column with her seeking a man’s opinion — to validate her own? the reader wonders — especially because the man is her father and, in Abcarian’s telling, he agrees with his daughter’s low estimate of Hugh Hefner as a sexist. The best Hefner obituary I’ve read appears, appropriately I think, in the Chicago Tribune. It’s an extensive piece by Rick Kogan who, like Hugh Hefner, was born and raised in Chicago. It’s longer and more thoughtful than the usual fluff. Kogan writes like he’s thought about Hugh Hefner, not like he’s spinning an agenda to malign someone’s character, and he offers a broad range and wide scope view of the life of one of the 20th century’s only voices of reason on the topic of sex. I learned nothing in the former article. I learned a lot (such as Ehrenreich’s thoughts) about Playboy‘s founder in the latter, just like when I read an edition of Playboy. So, I think, will you. Read Kogan’s article here.