The rich and gentle drawl of Earl Hamner is gone tonight. The old writer, who kept an office on Ventura Boulevard here in the San Fernando Valley near my home—down the hill from where he lived with his wife, Jane, who survives him, and a property full of pets—died today at Cedars-Sinai Medical Center in Los Angeles. Hamner, who was 92 years old, is also survived by his children, Scott and Caroline. 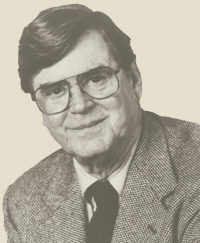 I met and interviewed Earl Hamner over 10 years ago in that office. He was one of my favorite people to interview because he was natural and unscripted, yet sharp and insightful. Everything came to him and talking about his past works invigorated him—he clearly enjoyed thinking about his work—and he wasn’t fussy and neurotic about this or that issue, problem or question, which is rare and refreshing. Earl Hamner was curious, bright and exuberant about his past, present and future. I think this comes across in the interview (read it here) which is one of my best. In this case, I am proud to say that I know Earl Hamner thought so, too, because he told me so and wrote it on his Web site.

We stayed in touch and met and talked about politics, Hollywood and writing projects and he was joyful every time. It wasn’t a put-on. Like his most enduring character, the mountain child John Boy Walton, who becomes a writer, Earl Hamner was a man whose poverty, family and wondrous life experience burnished on his mind, character and soul and, through his strength, idealism and fortitude, made him a soothing, generous and masterful storyteller of the American way. He is gone tonight and I know that I will miss this wonderful man, who was both passionate and kind but not too much of either. The writer leaves behind the treasure of his moving and meaningful stories well told—and a life well lived.