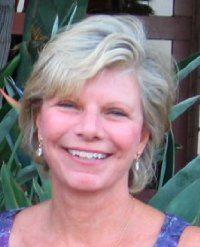 I lost a friend this past Christmas. Kathy was a fellow writer and journalist, as well as a wife and a mother. I’m sad to say that she ended her own life.

Most readers may know of my past coverage of suicide, most recently in a newspaper article about teen depression and suicide in the suburbs north of Chicago, from my 1998 book review of The History of Suicide (Johns Hopkins University Press) and 2011 blog series about journalist Leanita McClain to last month’s post about a nurse who killed herself after a humiliating prank. In that post, I denounced today’s cultural nihilism, including cynical jokers: “Ask the family of those who lost wife, mother, friend and nurse Jacintha Saldanha if what one laughs at matters and has consequences in daily life.” In that sense, Kathy’s death hits home.

We had shared so many aspects of our lives. We took our families to Disneyland, where we attended a candlelight procession and celebrated Christmas with a festive dinner followed by well-told tales by the fire. We cheered for the Trojans at USC, toured floats after the Tournament of Roses parade and we rooted for one another’s success, such as when she published her children’s story about cooking on Christmas Eve, which she had written and read to her children in their youths. When things took a turn for the worse, and she had to sell the house she loved, we embraced, taking one last look with her husband at what they had made. Through lost homes and loved ones, break-ups and snaggle-toothed dogs, Halloween-costumed kids and fairy tale weddings, Kathy was a comrade in the combat of life, soldiering on and cashing in. So it seemed, though I know one can never know the truth of another’s innermost thoughts.

We met at 20th Century Fox. She sat next to me during a press screening, having smiled as I made my way to an empty seat. As we mutually groaned at the godawful movie, she leaned over and whispered something that struck me as a perfect combination of biting and outrageous and spot on. Kathy had a knack for that. I sat there and couldn’t stop laughing and we were instant pals. Her humor was dry, ironic and usually rooted in truth. She liked movies that were positive, light and cheerful and above all Kathy observed and reported about motion pictures with wit and intelligence. At one point in our relationship, I tried to recruit her to write for Box Office Mojo, which I edited. We’d tried several other critics to bring a different view from my own reviews, though none worked out. Kathy preferred to give voice to her words in audio reviews, courtesy of her distinctively Midwestern accent.

When I learned that she had killed herself, I felt suicide’s aftermath like I was walking into a brick wall; as a swift, single, negative force. You knew when Kathy, who was tall, blonde and always looking sharp, was in the theater, or room, and hers was often a voice of encouragement. She would send notes about scripts she thought I should write, cheering me on and knowing – and stating – exactly why. She never failed to make me laugh. I had known that she was troubled. I had also known that she hated the left’s lock on academia, the culture and the government and was horrified at the possibility that Obama might be re-elected. Kathy struggled with the challenge of coping with difficulties and clearing life’s obstacles. Life is serious and life is hard and I know she knew that. Whatever her flaws, doubts and fears, Kathy could be full of life. From my viewpoint, I think she did her best to hold on.

When I told a friend of Kathy’s suicide, her jaw dropped and her hand went to her mouth as she gasped: “another one!” She’d lost someone she knew, too, and there are others. I have reason to think, as I wrote last month, that despair is coming to define our times. I know that Kathy’s suicide is a horrible thing, especially for those who agonize over the loss, though I smile when I think of Kathy at her best. I will always associate her choice to end her life with the beginning of Obama and the end of America, an association which is confirmed to me by her widower; Kathy’s final exit is, for me, a personal warning sign of the horror yet to come.