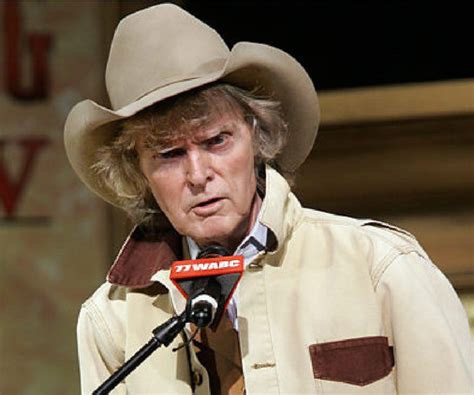 Don Imus died at age 79 this week. What was disturbing about him has only spread in the culture and worsened. What was distinctive and unique about this radio broadcaster has almost disappeared in today’s culture. In either case, his is a career worth knowing and thinking about.

He debuted on New York City radio at the dawn of New Left predominance. The year was 1971. America was in a steep and rapid decline. In retrospect, Imus represents part of the downward slide.

I remember hearing him on the radio in New York City for the first time. The disc jockey was sarcastic, really caustic. He was a complete turn-off. I didn’t become part of his audience. He struck me then as small, petty and cynical, not what I expected from a popular—one of the most influential—radio hosts in America’s greatest city.

I didn’t listen again for another decade which turned out to be the high point of his career. It was the 1990s. President Clinton was being impeached. Imus, with other so-called radio shock jocks, applied his caustic commentary to the news of the day.

This time, something clicked.

Whatever his faults, whatever his errors and flaws, Imus expressed himself with both biting humor and intelligence. I never became a regular listener, let alone fan. But between the early 1970s, when the New Left’s crusade for environmentalism, feminism and multiculturalism appeared to many Americans as odd or innocuous departures from mainstream ideas, and the mid-90s, when Republicans presumably opposing New Left madness did so on the grounds of seeking to remove a president from office for lying about sex, Don Imus became a counterpoint to America’s decline.

Around this time, I worked as a production assistant for Leonard Peikoff who had launched his own talk radio show in LA. It struck me that reducing Imus to sensationalistic radio host wasn’t fair whatever one’s view of his broadcasts. For one thing, his sarcasm was thoughtful (and often right on). Though he could be harsh, he was not malicious. When he went for the joke, it was not at the expense of the thought. Cynical humor had, by then, with South Park, The Simpsons and most modern comedy, consumed American culture. Imus became less a cynic than a curmudgeon rejecting the status quo.

Like showman Rush Limbaugh and philosopher Leonard Peikoff, Imus raised the level of discourse. He didn’t broadcast for the sole purpose of titillation. Imus reported the news, commentating, in this context, as a relatively reliable source.

Imus found humor in the increasingly absurd slogans of the day. Occasionally, I would tune in or watch his morning program on MSNBC in the late 1990s. Typically, I was repelled. Sometimes, he tried too hard to crack the joke. But I grew to appreciate his sincerity. He was self-made. Like me, he was self-educated. He created a charity to let kids with cancer experience the cowboy lifestyle at a ranch he owned. The native Southern Californian who grew up in the Grand Canyon State wore a cowboy hat, speaking freely and authentically. As far as I could tell, Imus was honest and sincere, which is more than I can say for many of today’s broadcasters.

Unlike today’s media hosts, Imus did not pander to others or distort facts or news to fit an agenda. He was relatively detached and objective, as I recall. If biased, he was transparent about it. He criticized conservatives and leftists alike.

Don Imus spoke his mind. He did so freely without overfiltering. He called out New Left irrationalism which worsened with each year. His career stalled from telling a bad joke, for which he repeatedly apologized, and he became a victim of exactly what he opposed. But Imus left his mark on broadcasting. Without him, I can’t think of a single East Coast media host that didn’t hold back, go flat and seek to silence proper discourse.

Like Johnny Carson, Don Imus blended irony with intelligent inquiry in broadcasting. His approach had a major impact and influence for the better on modern mass communication. Talk radio was never the same and led to new media, podcasting, which in my estimation elevates the caliber of debate and improves Americans’ willingness to think and speak freely.

With anti-capitalist frontrunners in the Democratic Party‘s 2020 presidential campaign, a mass surveillance and welfare state and a political circus bordering on dysfunction which has led to paralysis and incompetence in American government, thinking and speaking freely matters more than ever. Don Imus, an addict who made his career out of biting commentary paired with his brand of cowboy individualism, showed the way. May Imus rest in peace.