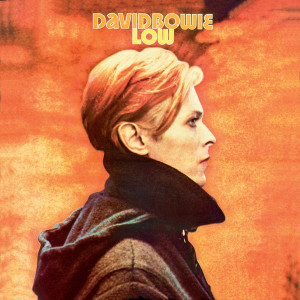 The second week of the new year begins with shocking news that rock’s renaissance man, David Bowie, died of cancer. Mr. Bowie was 69.

Whatever his artistic merits or legacy, and his music and movies are certainly indelible in my life, Mr. Bowie’s body of work is astonishing for a few reasons. Though he reportedly struggled with addiction, mental illness and serious conflicts—he apparently favored the work of his post-addiction Berlin period (Low, “Heroes”, Lodger)—David Bowie was singularly dedicated to making music.

According to biographer David Buckley, after numerous early career failures under his birth name, David Jones, he chose the last name Bowie based upon American frontiersman Jim Bowie, who fought at the Alamo. I don’t know why he chose Bowie but it marks a turning point in his self-made life.

Mr. Bowie admired Elvis Presley among other influential recording artists and he eventually wrote, recorded, performed, starred or worked with everyone from Mick Jagger, Lou Reed and Freddie Mercury in rock to Bing Crosby and Cher in classics, pop and television. The gaunt David Bowie—who appeared in many movies and created many dramatic roles including his breakout stage persona Ziggy Stardust—starred as Pontius Pilate in Martin Scorsese’s The Last Temptation of Christ (1988) and as Nikolai Tesla in Christopher Nolan’s The Prestige (2006). He wrote a hit song with John Lennon (“Fame”), sought to adapt George Orwell’s novel 1984 as a musical, worked in pictures with Marlene Dietrich and Kim Novak (Just a Gigolo) and released his final album, Blackstar, on his birthday last week.

I have the impression that David Bowie wasn’t just notching names, genres and lists; his uniquely wide-ranging work was meaningful to David Bowie, not a calculated endeavor for status, awards or impressing or beating others, not that he wasn’t also competitive. He was by most accounts talented, curious and insatiable, not merely a chameleon, “gender-bender”, freak, misfit or strange alien. He wrote songs, conceived of albums, played instruments, selected his projects and produced records. Perhaps most underrated were David Bowie’s versatile vocals. Whether one appreciates his style, theatricality or music, David Bowie worked hard and took pride in his work.

Mr. Bowie’s range is remarkable, which is why his death is being felt throughout the West as his pictures, concerts, movies, TV appearances, albums and songs replay in people’s minds with potent memories: the gently ascendant claim-staking of the non-conformist in “Changes”, the defiant strut of “Rebel, Rebel”, the biting lines in “Fame”, the sharp, wry, liberating “Young Americans”, the brilliant beats, licks and hooks of “Let’s Dance”, peaceful pleading of “Space Oddity”, anger of “Fashion”, despair of “Ashes to Ashes”, lament of “Under Pressure”, frenzy of “Suffragette City” and, in what may be his signature song, in waves of electronic distortion and always in quotation marks, the aching “Heroes”, which David Bowie wrote in Berlin for his 1977 album of the same name.

The droning, looping “Heroes”, brought to life by Mr. Bowie’s lyrics and vocals, is an eerie account of lovers in the German city no longer ruled by Nazis which was instead the center of the 20th century’s concretized symbol of the world’s worst dictatorship in history, the Berlin Wall. This week, Germany rightly recognized (in a statement on Mr. Bowie’s death) that the wall came down due in part to David Bowie’s strong, howling cry for love, youth and idealism; man’s triumph over slavery “just for one day”. Is it possible that a tune written by one outspoken man can topple a wall put up to keep free people out—and enslaved people trapped—and change the world?

David Bowie, may he rest in peace, shows that it is.