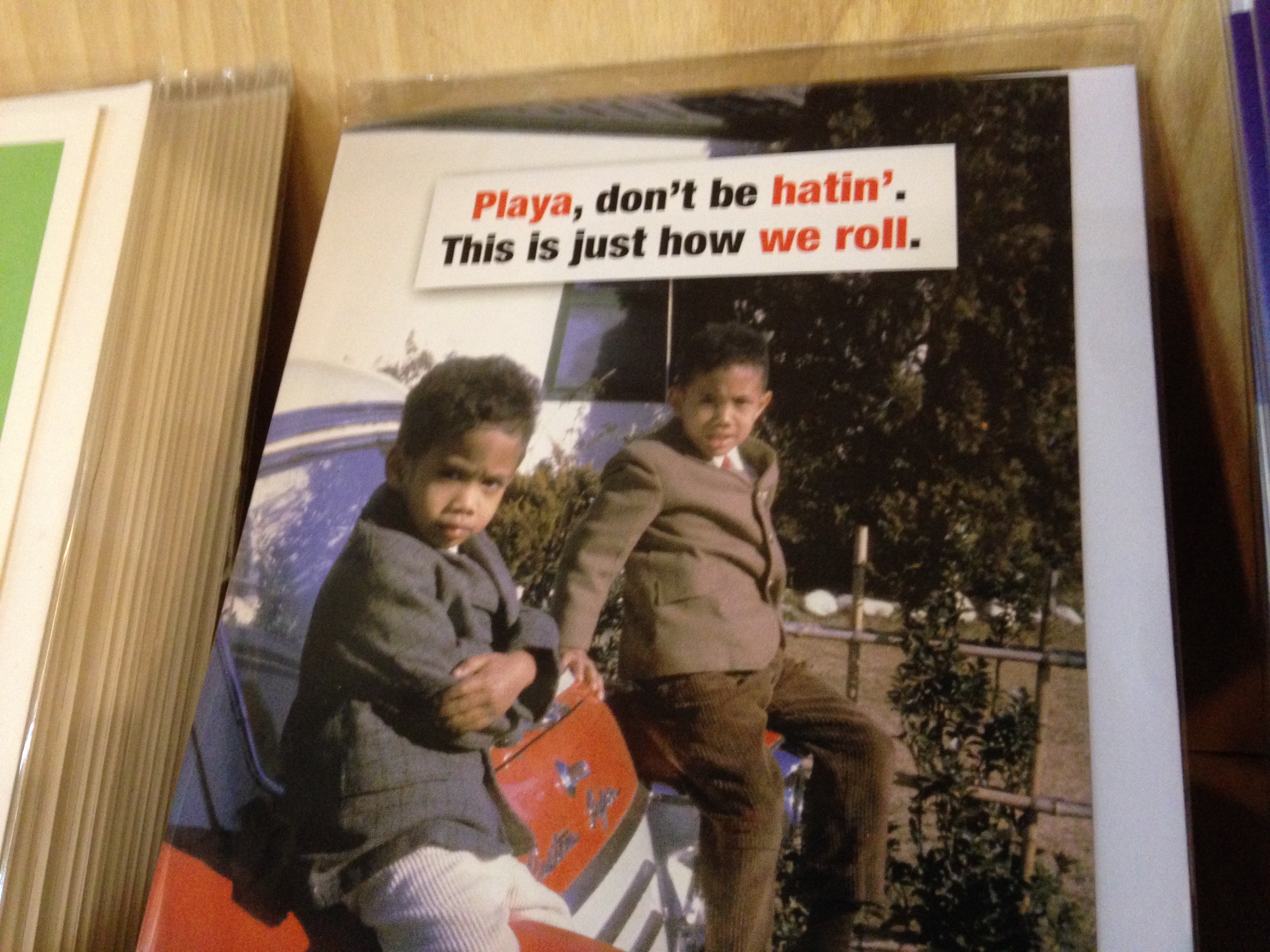 A recent visit to Hollywood provided more evidence that our coarsening culture feeds new depravity such as the so-called knockout game, which ran through the news cycle last week.

Knockout game ought to be called what it is: random physical assault. By most accounts, the game, which apparently pays cash to those who “play” and “win”, targets people based on certain factors or physical characteristics, such as being white. It is executed predominantly by blacks.

Attacks have been reported from New York to California – I’ve heard about at least one death from an assault in Chicago – and the game is spreading.

I’m not at all surprised. Of course, those who are responsible should be apprehended, arrested, tried and punished accordingly. I also blame bad culture.

Let me be specific: coarse, thug culture encouraged by products such as those pictured here, which I found at an Urban Outfitters store in Los Angeles, and shows such as The Simpsons, South Park and The Daily Show with Jon Stewart. These crude, foul cable comedy programs are devoid of value other than to sneer at the world. They beg viewers to reject taking any idea seriously. I’ve been complaining about them for years – I think there’s a cultural connection to the rise in nihilism – to the chagrin of some readers, who say they laugh at various displays of depravity.

I’m not saying I don’t understand why people find certain jokes humorous. I am saying that cynicism spawns cynics and absurdists such as Greg Gutfeld, Dennis Miller, Bill Maher, Stephen Colbert and their godfather Jerry Seinfeld. The zero worship spreads, festers and seeps into people’s minds, as I wrote about here when covering a person’s suicide. It has real consequences. This is because ideas do, in fact, matter. Ideas matter because life depends upon having them. So glorifying the anti-mind, including in exhibitions such as the brutality-worshipping Ultimate Fighting Championships (UFC) which may to some extent involve real talent, skill and ability, is ultimately repugnant to the rational mind.

Random physical attack has been happening throughout history, from roving gangs to wilding in the 1980s, bumfighting in the 1990s and today’s so-called knockout game. But it is undeniable that life and liberty are under intensified attack in today’s culture.

It’s bad enough that government from TSA and NSA to the ObamaCare violates individual rights. From pop to sports, we should think twice about what we choose to say, do and consume and the consequences of those choices. Like a rational parent who makes an effort to stop using profanity – even when it’s justified – around the kids so that they don’t pick up bad habits, we should be aware that enabling a rotten culture breeds cultural rot and this, in turn, feeds nihilism which contributes to the spread of cynicism and so forth. It’s a vicious cycle. Rational thinking and philosophy can stop it.