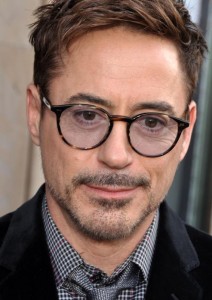 As awards shows have proliferated, they have become proportionately meaningless except as the equivalent of momentary outbursts of some sort of cultural display. Miley Cyrus comes to mind. The Oscars used to revel in glamor, though less and less so. The Grammys would indicate the general state of popular music. And so on. This makes Robert Downey Jr.’s appearance at this weekend’s Kids’ Choice Awards, concocted by Nickelodeon and sponsored by Bounty, Toyota and Cinnamon Toast Crunch, less a leading cultural indicator than merely another high point lost in the increasingly wild and swirling news cycle that long ago ceased to be filtered by sound judgment from rational minds.

It doesn’t help that Robert Downey Jr. (Iron Man, The Soloist) appeared to accept an award called Best Male Buttkicker. Ours is a fast-moving era that encourages short-range, fragmentary half-thoughts instead of long-range, contemplative rationality as that awards title suggests. That’s too bad because Downey, an actor who is heroic in real life for having beaten the monster of drug addiction, an enormous achievement in a confusing world, said something important. That he chose to say it to an appropriate audience, children, with clarity of topic and theme, is impressive.

Accepting the award, he told the audience: “You know I wasn’t always a buttkicker. In fact, life has kicked my proverbial butt countless times in many ways for many years, until I decided one day to start kicking back. Now look at me!” Cashing in on what that really means, he pointedly turned today’s rampant look at me! self-centeredness into something more constructive, adding, as a poignant afterthought: “Remember when life is kicking your butt, never forget to kick it back right in the face.” In this context, Downey’s is a well-told lesson in self-renewal; that life means fighting, being assertive and, if necessary, self-defensive with the aggression aimed to hit the right spot. Too often in life we are told to passively yield, accept, resign and be at peace, or let it be or let it go, regardless of context. Downey’s words are a crucial and urgent counsel to today’s scoreless, overtested, indoctrinated youth to do the opposite and choose to judge, reject victimhood and if necessary fight back. What he said goes against everything today’s youths are being taught and propagandized. What he lives by example – and projects onto the screen – offers the youthful of all ages proof that life is worth fighting for.