On my way to visit family for Christmas, I chose to fly on American Airlines. The experience quickly went from bad to worse. For context, I’ve been an American Airlines customer and passenger for over 30 years. I do not consider myself a frequent flyer, yet my loyalty program status recently rose due to increased travel. 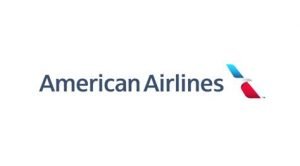 After repeatedly delayed flights, poor service and rude agents, I asked for a simple customer service accommodation. In response, American reported me to the police. The escalation is an example of horrendous customer service and a lesson in how not to treat the consumer. Unfortunately, it’s also an essentialization of the American Airlines subculture and philosophy.

In pledging customer service, American Airlines claims on its website that it’s “in business to provide safe, dependable and friendly air transportation to our customers … [and that they] are dedicated to making every flight you take with us something special…in the hopes that you will fly us again and again. We work very hard to make your entire experience with us, from making a reservation to deplaning at your final destination, a positive one.”

In the same pledge, American Airlines promises to render “[a]ssistance when your flight has been delayed”, “[t]icket refunds” and “[h]andling of customer issues”. None were offered, however, to this passenger. All were refused. In other words, none of what American Airlines claims is true. On the contrary, American reported me to the police.

The travel fiasco began with a flight which was hours late. I was not informed of the delay until after I’d arrived at the airport. I waited for several hours. I was disappointed but not irate. I had arrived in advance — by two hours — of my scheduled flight departure. I’d checked in online. I’d reserved a seat. I was all set. Then, American Airlines notified me that its plane was not ready to fly.

Apparently, something was wrong with the aircraft. I was informed that the plane was taken out of operation and that another plane would be used. Eventually, I boarded a plane and arrived at my destination. I lost a day of Christmas time with family.

Again, I was told that American’s passenger jet was not ready to fly. The plane, I was told, was removed from operation to be fixed. It was too late to make other arrangements. This late departure, like the previous late departure, was caused by American Airlines’ aircraft maintenance.

Let me emphasize this point. The late departures were caused by American Airlines. There were no weather complications. There were no announced travel or security conflicts. There was no reason to expect a problem with aircraft, let alone on two separate airplanes during the round trip. I emphasize this not to blame American Airlines for badly or properly operating or maintaining flawed, faulty or deficient aircraft. Of course, I know that things go wrong and I want the aircraft to be safe. But the fact that American Airlines, not weather or an external factor, caused the delay is relevant to customer service.

Faced with hours before rescheduled departure, this customer proceeded to an airline customer service desk to seek assistance with the connecting flight. The desk was cordoned off. It was vacant. I noticed that an airline club — American Airlines calls them Admirals Clubs — was near the gate where my flight was scheduled to board.

The gate was packed with passengers. I decided to investigate whether American Airlines was willing to consider admitting me as a guest in the club for a few hours. The impetus was the prospect of having a place to sit, wait for hours and relax while waiting for customer service to address any problem with my connecting flight. I entered the club.

Speaking with an agent who did not wear a name tag, I explained that there was no seating at the gate — the terminal was full of travelers — and I asked if the club could consider making an exception, waiving requisites and admitting me for a few hours.

The agent neither addressed nor answered my question. Instead, she stated what she called airline policy. I explained that I understood the policy and repeated that I was inquiring about an exception; that an exceptional circumstance had apparently delayed my flight and I was asking for an exception to the club’s admission policy. The agent told me to visit American Airlines’ customer service desk. I explained that I had been there and done that and that the service desk was vacant. She shrugged, as if to say “tough luck.”

I would come to learn that the agent’s attitude and actions represent American Airlines, which is based in Dallas/Fort Worth, Texas.

The agent spoke to me as if she’d memorized a script. After making the policy statement, she added that, if she agreed to consider my request, she would have to admit every passenger. Of course, this is not true, which I told her. I never raised my voice. Nor was I rude, hostile or disrespectful. I made my request — that American let me wait in the club for a flight which was delayed for hours due to American’s maintenance problem — with discretion. The request I made was reasonable. The agent offered zero accommodation. None.

Shortly after I left the club, someone at American’s Admirals Club notified police. While I was standing at the gate while looking for a place to sit and rest, a trio of police officers arrived. One of them asked if I’d been to the club. I knew that I did not violate the law, so I spoke freely with the peace officer, who expressed shock to me that the airline had notified police. Of course, I was neither detained nor placed under arrest. However, I was shocked that American Airlines treated me as a potential criminal — merely because I had asked to be admitted to American’s club to wait for American’s delayed flight.

Is it possible that American Airlines can improve?

After communicating with at least nine American Airlines representatives, none one of whom offered to honor the airline’s customer service pledge, I have zero reason to think improvement is possible. In fact, I have multiple reasons to think that American Airlines is malicious, dishonest and dishonorable.