Life in these United States is harder than ever. The widening gap between what the government-educated population in the welfare state believes to be possible and what is, in fact, possible inculcates what I regard as an unspoken, public anxiety manifested by physiological tension. Overloaded with debt and government controls, confused, tricked and violated by lies, degradations and bad laws, we the people are like frogs in boiling water or kernels in a popcorn bag. One by one, people can pop. 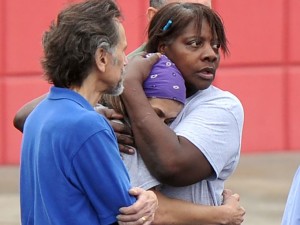 It happened again last week in a town in Cobb County, Georgia. A FedEx employee doing address corrections on some packages told the press that she saw a 19-year-old man she said was a loader when she said she “heard a clink.”

“I looked to my left,” she said. “I saw him standing there and the knife was on the ground. He dropped his knife. He had an assault rifle. He had bullets strapped to his chest like Rambo. I mean he looked like he was heading into war. As soon as I saw him, I ran the other way. I ran and made sure that people upstairs were gone. He was in all black. I think he had a camo vest. He had an assault rifle and bullets strapped to his chest.”

It is easy to dismiss these attacks as criminal acts by the insane. But I think most of us know that these attacks are becoming more common and that it could happen to you and me and everyone in this uniquely combustible welfare state. Here, and only here, we live in a country founded on individual rights, land of the once-free and the climax of what it means to have inalienable rights: the single greatest creation of wealth in the history of man: the Industrial Revolution. Here, and only here, we live in a country that has turned on its own best premises and is destroying individual rights one by one. It stands to reason that here, and only here, in America, we will see the best of everything sour into the worst of everything.

Watching, or, conversely, evading, the news is to watch — or evade — part of reality. That what constitutes the news is becoming harder to figure compounds the problem. This is no excuse to turn to sniveling comedy as a substitute, which amounts to burying one’s head in the sand, though I certainly understand the inclination to sneer at the world in its current state. Watch what happens, go ahead and look and learn from each catastrophe as much as you can. This is what a 22-year-old named Collin Harrison, a package handler who’s worked at the FedEx facility for two years and was there early Tuesday morning when he heard the screams, is starting to do.

Harrison told the press: “Me and another employer were talking about [the suicidal shooter, Geddy Kramer] and how he requested to take off Saturday, but his manager told him no. He took off anyway, and he didn’t show up this morning. We thought maybe he [would] just quit. I tell people on my other shift, one of these days a manager is gonna say that one thing to that one person and this is gonna set them off, and they [are] gonna come in here and start shooting, and that happened today.”

Yes it did. Given the nation’s current state, it will happen again and again, only it will happen more often (as I predicted when I wrote about suicide here) as we are attacked, controlled and/or collapsed from within and as life gets harder. FedEx’s Harrison is right to have expected that any perceived rejection can set someone off track toward self-destruction and mass murder. Why? I think it’s because we are losing control of our own lives and because the loss of control — over property, money, health care, food, traffic, education, debt, travel, privacy and personal choices — is happening fast, it is happening totally and the total control is being imposed by the state which causes people to experience the onset with an inexplicable and overwhelming anxiety that builds and becomes exacerbated to deadly degrees.

Yet as people such as Kramer in Cobb County lose control and choose to exit life and take others with them, and those such as Collin Harrison are left behind to hear the screams, check for corpses and carry away the wounded, dead and murdered, the people with the most control over our lives, the ones who throw the switch and activate new controls that end freedom in America — the politicians — feel nothing but contempt for the people over whom they assert and wield control. Indeed, they sneer, laugh and turn their noses up at the people’s suffering. 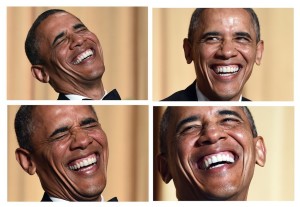 By now, you’ve probably heard about the annual White House correspondents dinner, an event that has risen in stature in proportion to the rise of government intervention in our lives. Yet you may not have even heard about what happened in Cobb County, Georgia. If you did, you’ve probably not heard as much about it as you surely will about the press mixing with politicians at the White House dinner, which is like a scene from The Hunger Games. What happened in Georgia, an extermination of human life at a center of trade in an increasingly common act of attempted or mass murder, is emblematic of our times and more important to know and understand than any gathering of influence peddlers and those who grovel before them in the capital of a nation going bad, down and berserk.

Even a politician can sense an inversion. House Democratic Whip Steny Hoyer told the media that the White House dinner, presided over by Barack Obama, whom I call the Nothing Man, was an exercise in self-indulgence and nothing more, though he didn’t put it that way. Rep. Hoyer, in a rare moment of truth in Washington, said of the annual event: “Everyone ogles each other…[and] I’m always amazed when these actors and actresses come here and they want to meet us.”

I am well beyond being amazed that people of ability fawn over those who seek to enslave them. I am never past being disgusted by the spectacle. I am more aware than ever that neither the power-lusters and slavemasters nor those who sanction them are even a fraction as important as those decent, productive Americans who are slowly boiling and popping, killing themselves and others in a blaze of misery. These are the ones we must reach, persuade and tend to with empathy and reason before they pop. The more biting the sneering becomes — brace for it to get worse as Letterman makes way for Colbert — the more tender, persistent and confident must we the people be in undoing what’s being done to us.