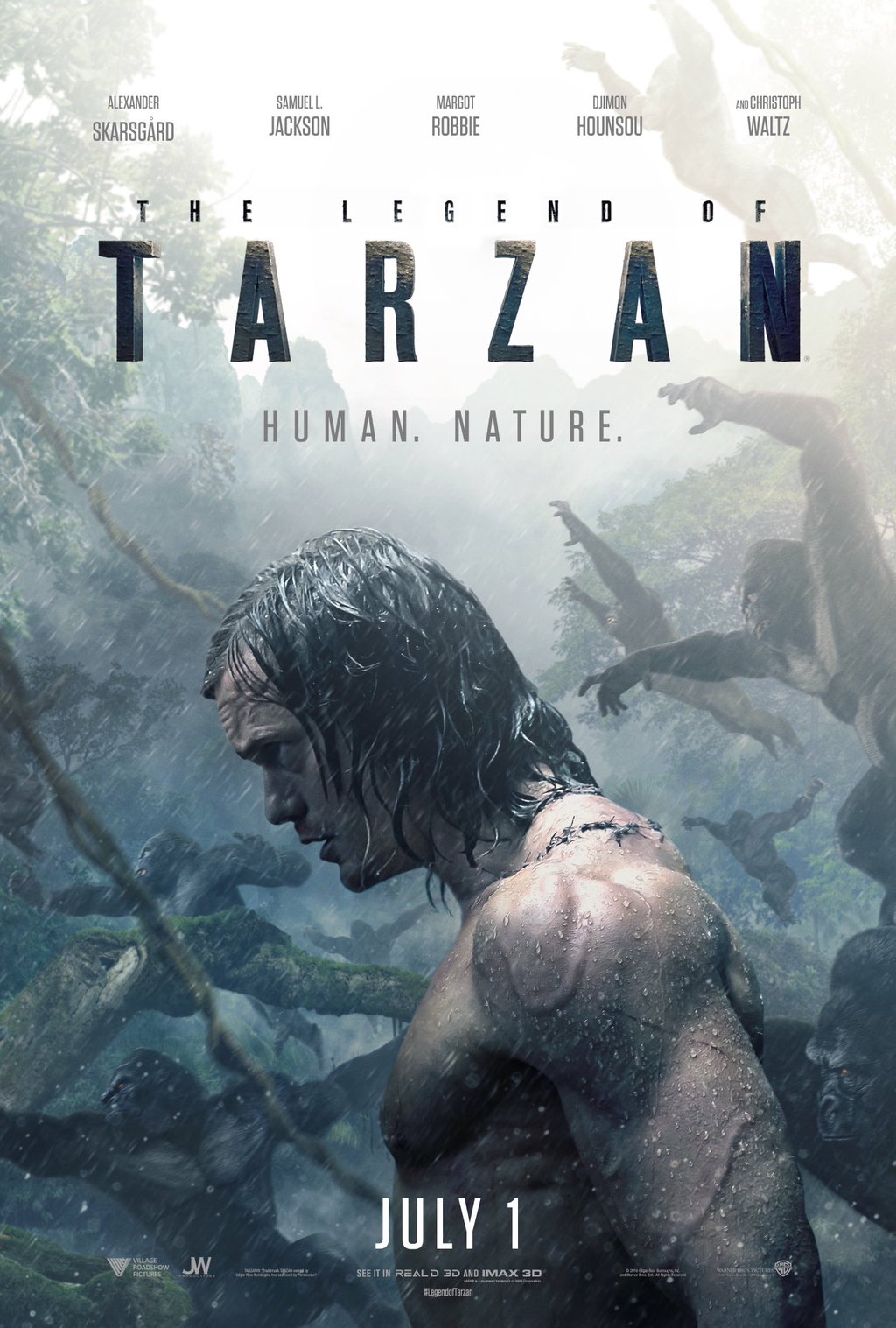 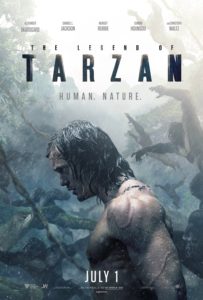 Though I’ve never read the Tarzan stories written by Edgar Rice Burroughs, upon which the new Warner Bros. movie is loosely based, I know from the character’s vast cultural history that they explore civilized and primitive man and nature through great, exotic adventures.

So does The Legend of Tarzan, if not always successfully and with a few cringe-worthy lines and a leap of faith into the third act. This is an underdeveloped epic set in 1890 and much of it is good. It’s not a great picture, but it has moments of wonder, historical basis and loads of exciting entertainment. Powered in the lead by the silent, icy stare of the title character, well played by Stockholm native Alexander Skarsgård (The Giver), whose Tarzan insists on going by his proper name John Clayton, the newest version takes the British aristocrat as a man of honor, integrity and the best of Western civilization.

His heroism is rooted in his incredible past as an extraordinary lord of the jungle.

Through a backstory, told in misty flashbacks courtesy of his brave wife Jane (Margot Robbie), the whole remarkable story of this man of extremes comes together, leading the audience into a new African adventure involving the Congo, Belgium’s King Leopold, imperialism, diamonds, native tribes, slavery, leopards, elephants, lions, hippos and, of course, the family of apes that raised the ape man. All of this is somehow relatively convincing and exciting for most of the movie, despite unfortunate and generic effects such as slow-motion fight scenes and incoherent action shots. The natives and the man of the jungle look too ripped, frankly, but with logical storytelling and good performances from the leads, and by Christoph Waltz (The Green Hornet) as a villain as rotten as Tim Roth in Rob Roy, wrapping his fist in a rosary, The Legend of Tarzan entices and thrills.

With Samuel L. Jackson as a black Union Army veteran from the Civil War (George Washington Williams, based upon the man who knew Frederick Douglass in real life and wrote The History of the Negro Race in America 1619–1880) accompanying Clayton on his return to Africa, and Djimon Hounsou (Blood Diamond, Baggage Claim), a railroad siege, a deep jungle showdown and a romantic kiss on a tree branch, this Tarzan builds tension as it layers the plot with interesting ideas. Among them are obtaining wealth through enslavement, life as an ongoing lesson and, as its heartbeat, serenity through harmony with nature and man. This last might have delivered an inspired meaning for the movie, which beautifully depicts an African tribe’s blissful reunion with the blue-eyed husband and wife in the village fed by strength, kindness and love.

The Legend of Tarzan, even when images are obviously manipulated, is stunning to behold thanks to cinematographer Henry Braham (Flyboys), costume, production and art design and director David Yates, who directed the last four Harry Potter pictures, does a fine job in the first two acts. For his part, Skarsgård as John Clayton/Tarzan brings to the role an arrogance, depth and solitude other Tarzan movies lack and his ease at being in Africa with wild animals and tribes is more pronounced having been properly introduced to the man he has become since returning to London.

“Tarzan learned to conquer,” the audience is told of his relationship with the dangerous and regal beauty and beasts of the Dark Continent, and, for a long, welcome stretch, one is lost and held by this unique tale of an individualistic aristocrat with scars and muscles and the mind to match who walks among natives with a sense of decency—which goes for his Jane, too—as a plot to trap him thickens. By the climax, with too much to resolve, Yates ties threads together too quickly and doesn’t achieve the secular humanist grandeur this Tarzan movie might have earned. Yet The Legend of Tarzan engages the moviegoer once again in the imaginative world of a boy raised by a wild animal capable of affection, the heroic lord he becomes, the woman just as bold and brave whom he finds, and his ferocious fight for peace and freedom, not for power-lust and conquest as an end in itself. In other words, Tarzan of the West and, happily, of the world.