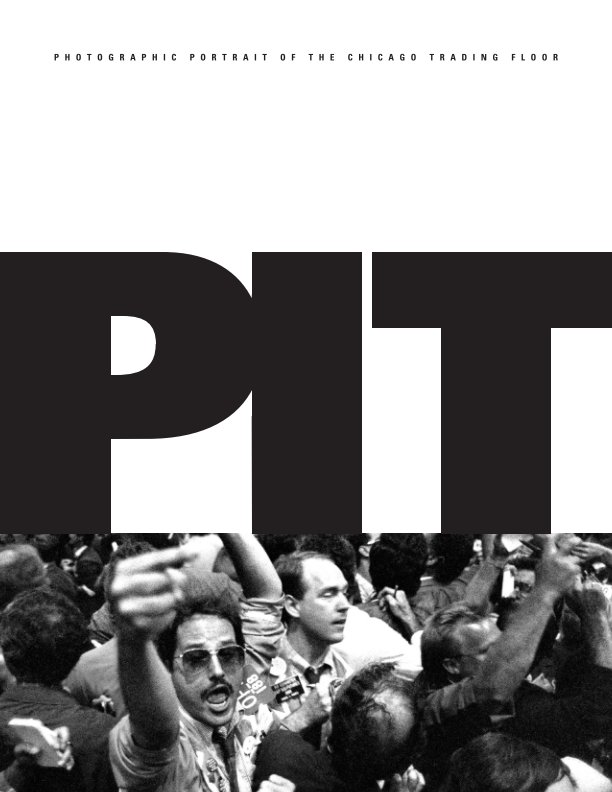 Read and indulge in The Pit: Photographic Portrait of the Chicago Trading Floor to recreate Chicago’s capitalism at its best. Published by Chicago trader Jonathan Hoenig’s Capitalistpig earlier this year, this softcover picture book of traders on Chicago’s trading floor features excerpts from The Pit: A Story of Chicago by Frank Norris (1903) such as this one: “A man gets into this game, and into it, and into it, and before you know he can’t get out…and he don’t want to.”

Inspired by the 1903 book by Norris, hailed by the Washington Post when it was published in 1903 as “one of the best descriptions of the wheat pit”, The Pit is the story of a businessman who begins trading, becomes enthralled and is “ultimately ruined by the Chicago futures markets, a fascination ‘worse than liquor, worse than morphine.'”

Jonathan Hoenig, an OCON speaker and Fox Business analyst whose introduction, dedication and acknowledgements pay tribute to the novel, the photographers, traders, trading pit and, of course, Chicago, worked on the floor, which closed in 2015. With 88 pages of color and black and white photos — several with detailed captions — of downtown Chicago’s pit in action, accompanied by selected prose from the novel, the reader gets a strong sense of the thrill of capitalism in the afterglow of its purest period on earth and what once made Chicago “the city that works”.

Official Web Site for ‘The Pit’