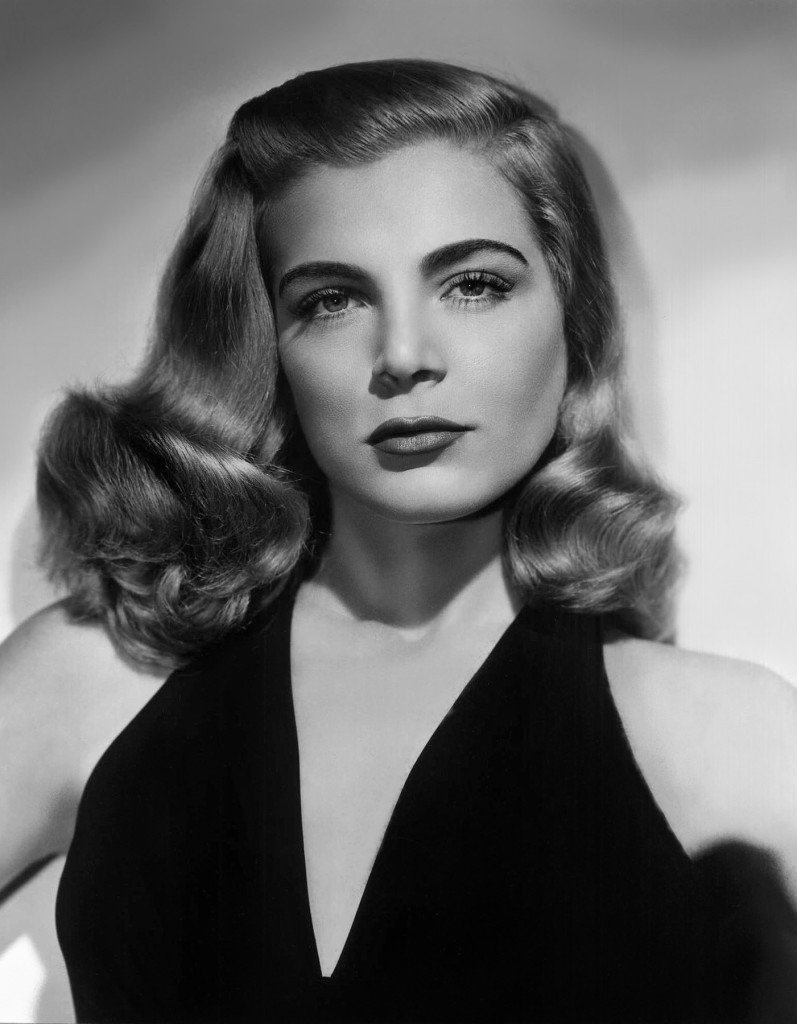 Lizabeth Scott is gone. She was 92. The actress, who reportedly died in Los Angeles on January 31, was striking, talented and unjustly undervalued and underemployed in Hollywood—where she was viciously smeared. But she was both luminous and, in a way, premature for a world that matched her ability. Having briefly met her, I think she probably knew it.

Many, possibly most, readers probably haven’t heard of her and there’s no reason why they should. The Scranton, Pennsylvania, native was raised as a Catholic, quit college to start working in New York City, and was discovered by legendary producer Hal Wallis (Casablanca, True Grit, Anne of the Thousand Days, Love Letters, The Furies, Now, Voyager, Sergeant York) who put her as the female lead opposite Robert Cummings in You Came Along (1945), directed by John Farrow and written by Ayn Rand. But she never truly got what she deserves.

Miss Scott was usually better than her parts and films. She possessed all the qualities being written about her in and throughout today’s media—the coastal Times newspapers predictably peg her as a ‘film noir’ actress—including the sexual intensity, the intelligence, the voice, the slightly androgynous air and the unaffected, tough exterior embedded with the will to submit at her discretion. She wore Edith Head’s glamorous costumes well and she was radiant, though she was rarely given the role in which to shine. From her early pictures, such as You Came Along, which she told me when we met was her first and favorite of her 22 movies, and The Strange Love of Martha Ivers (1946) to Loving You (1957) with Elvis Presley and Pulp (1972) with Mickey Rooney, she almost always added depth and at least brightness to the screen. She makes her films, which are mostly mediocre, worth seeing.

Miss Scott lived alone in the Hollywood Hills, evoking one of Scott’s heroines, screen legend Greta Garbo, and, throughout her career, she was an individualist, which left her open to ridicule and innuendo. Having once expressed that she wore men’s cologne and pajamas and confessed that she hated frilly dresses, she was smeared by a hack (and former Communist) who insinuated that Lizabeth Scott was a lesbian. This nearly destroyed her career. Citing damages, Scott sued for $2.5 million in 1955. The New York Times reports in Scott’s obituary that the lawsuit is “believed” to have been settled out of court for an undisclosed sum. As a leading lady in film noir and noirish pictures such as Desert Fury (1948) and Too Late for Tears (1949), Lizabeth Scott—who had co-starred with Burt Lancaster, Humphrey Bogart, Alan Ladd, Robert Mitchum, Dean Martin and Jerry Lewis, Michael Caine and with Charlton Heston in his film debut—was finished. She withdrew from movies, focusing on occasional television appearances, a musical recording career and auditing philosophy courses at the University of Southern California (USC).

When I met the actress briefly during an event at the Academy of Motion Picture Arts and Sciences (AMPAS) honoring her late co-star Barbara Stanwyck several years ago, she was still the would-be movie star, not so much moving through as glowing throughout the room and taking everyone’s breath away while leaving them bewildered as to why. I told her that I had enjoyed her performances and I expressed an interest in interviewing her, which she at first waved off. Then I mentioned her first film, You Came Along, the Ayn Rand-penned picture in which she portrayed a government worker who falls in love with a troubled soldier on a bond tour. At the mere mention of this movie, she paused, moving closer. Her eyes grew wide and she gripped my hand and said: “I loved Ayn Rand.” She explained her reasons and we talked about my favorite writer, whom she said was one of the few in Hollywood whom she felt understood her ability. Then, Lizabeth Scott turned to her escort and asked him to give me the contact information to schedule an interview. I later proposed to interview Miss Scott as part of a series for the Ayn Rand Archives, which had just produced the long-awaited 100 Voices. But, while I would have treasured the opportunity to interview Miss Scott, I remember my moments with her fondly and I am confident that her proper place in motion pictures will be recognized in time. As she once said:

I don’t want to be classed as a ‘personality,’ something to stare at. I want to have my talents respected, not only by the public but by myself.”

Miss Scott was constantly compared to the late Lauren Bacall, another sultry, smoky-voiced actress from the same era in movies. But I think Miss Scott might have been the better actress, with wider range and a more compelling presence on screen (I mean no disrespect to Bacall, whom I appreciate in pictures such as Howard Hawks’ To Have and Have Not and The Shootist with John Wayne). It is too bad that Miss Scott is remembered as an early film noir prototype and not much else. The term femme fatale does not do her justice. Sadly, it is too late for that now. I think that it is probably still too soon for Lizabeth Scott and that the world is possibly not yet ready for the actress she might have become. But I experienced firsthand that Lizabeth Scott was ready for the world and on her own terms—and this is a grand lifetime achievement.