Read my article “Bridging Ayn Rand and Pittsburgh” in the winter edition of Pittsburgh Quarterly, currently on sale at certain newsstands in the city of bridges. I bought a copy at a downtown Pittsburgh shop during a recent visit over Thanksgiving (more on the trip below). It’s an account, and I think perhaps the first in publication, of the philosopher who described herself as a radical for capitalism and what contends as the foremost city of the Industrial Revolution. I pitched a few ideas to my editor and publisher and this is the byproduct of the one he thought best serves the magazine’s readers. 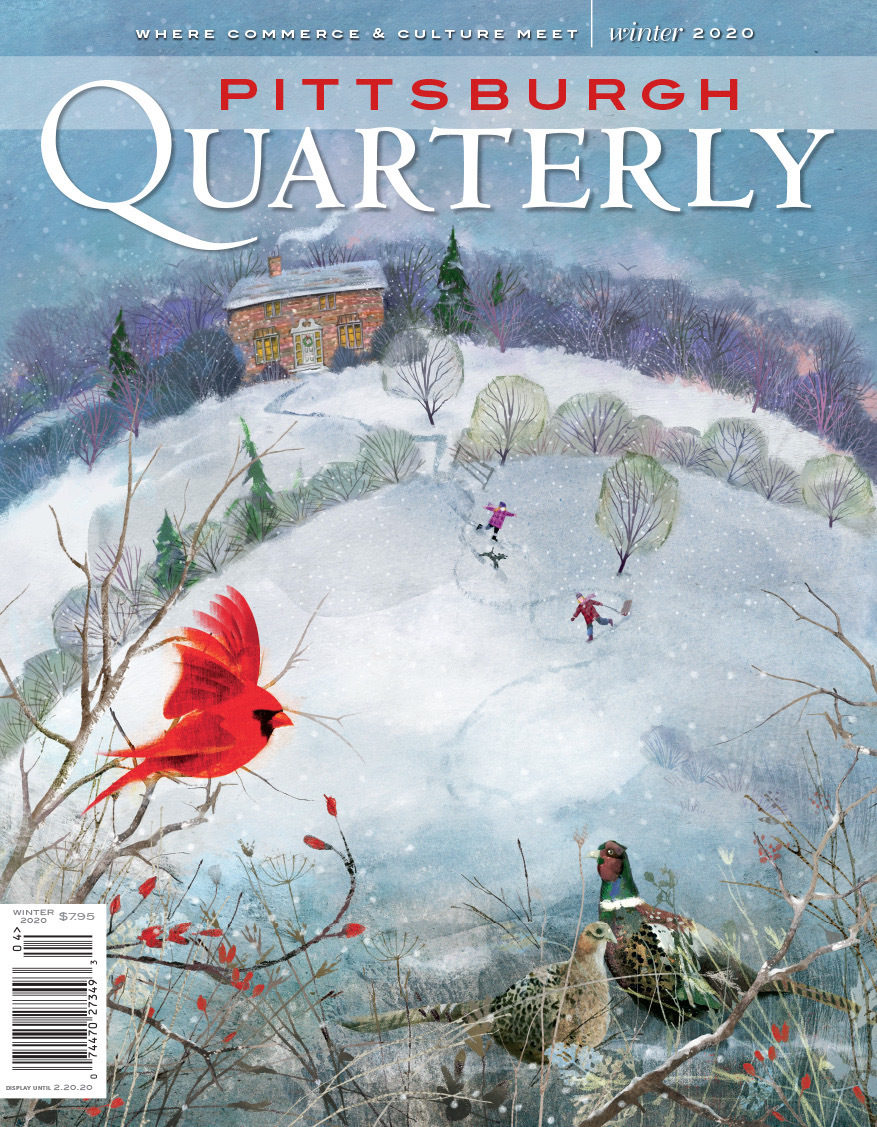 In the piece, which may become available online, I focus on the Forties, when Rand wrote her observations of Pittsburgh in her journal, corresponded with an admiring book critic for a Pittsburgh newspaper and prepared for the movie adaptation of her 1943 novel The Fountainhead. All of these tie into each other and relate to an interesting comment by Objectivist scholar Greg Salmieri, whom I interviewed for the article. Dr. Salmieri, who’s editing the University of Pittsburgh Press series of books studying Rand’s philosophy, gives his opinions on Rand’s ideas and how they’ve been interpreted within the context of today’s false left-right political dichotomy.

I am delighted that publication of the first article about Rand and my hometown coincides with the first reprinting of my article about Andrew Carnegie in Capitalism Magazine (read it here). Carnegie is one of my first heroes. I became fascinated with him as a boy. As with Ayn Rand, the more I learn and know about this man, the more I admire him. I wrote this piece several years ago as a sidebar to an article I’d been asked to write for a magazine.

Having just visited the city of Carnegie Mellon University, Carnegie Library of Pittsburgh, Carnegie Museum of Natural History, and, yes, Carnegie Hall (not the one portrayed in Green Book), I can happily say that I think you’ll find this profile of Andrew Carnegie worth reading. I won’t be surprised if you discover that you’ve learned something new and admirable, even exciting, about this amazing man, whose birthday I celebrated while I was in Pittsburgh.

One of the things I love about Pittsburgh is that its residents have real awareness, knowledge and appreciation, even admiration, for capitalists and captains of industry. Wherever I went on Carnegie’s birthday while visiting Pittsburgh, everyone with whom I discussed the man was instantly interested, engaged and aware of his legacy, his stature, his greatness. I’ve written about Pittsburgh on this blog several times, and will write more soon about this year’s Thanksgiving trip, but I find that I am often surprised by this city’s unique ability to wall off the world’s spreading religion of hatred of moneymaking. There’s real reverence for it here, however unpolished or weary it may be. The city of steel, in this sense, can spark like that.

This is one reason it was wonderful to see the new movie about Pittsburgh’s pioneering child development host, Mr. Rogers, with my family in Pittsburgh. It’s a warm, thought-provoking film that holds your interest as an individual, challenging you to introspect, engaging you with silence, not screaming, blaring, sensory-driven assault. Yet it comes together as a whole, respecting the uniqueness of each individual and his choices, even when those choices deviate from traditional notions of family, holidays and what constitutes a proper gathering. See A Beautiful Day in the Neighborhood starring Tom Hanks as Fred Rogers by yourself, alone and in solitude or with a friend. Or with your chosen family as I did. Read my movie review on the cover of the New Romanticist here.

Look for more posts — on its theater, culture, hospitality, downtown and sports — about this fall’s trip to Pittsburgh soon.