The 22nd annual Los Angeles Times Festival of Books is a unique combination of book sales, signings and promotional events. I’ve attended for years and, still, I enjoy it while acknowledging its deficiencies. My top complaint is the same as always: volunteers, event staff, venue staff and security are poorly equipped and trained to direct the over 150,000 people who come to the University of Southern California campus. Event maps are lacking. One volunteer in a festival information booth gave me the wrong directions to the Salvatori Computer Science Center, not to be confused with an arts and letters building donated by a Salvatori with that name emblazoned on it. Getting around the festival, important if you favor lectures and panel discussions as I do, gets worse every year (read my thoughts on last year’s festival here).

Once at the destination, which could be anywhere around USC’s wonderful campus near downtown Los Angeles, you’re often afforded outstanding opportunities to listen, learn, ponder, explore and examine the world of books and ideas. I spent much of the two-day weekend event roaming around booths, visiting small university presses, independent booksellers, university writing programs, USC’s many schools’ showcases and booths for various authors, theaters, publications, schools and products, from Atheists United, Titanium sponsor Acura dealers of Southern California and the Ayn Rand Institute to author Zoe Summer and YaYa’s Creole Products. Add music—the Trojans’ marching band is always a favorite—cooking and kids’ areas, and C-Span’s Booknotes interviews and scads of other contests, prizes and free samples, from books and prints to power bars and bags (which come in handy with California’s plastic bag ban, which amounts to a tax) and the book fair truly is a festival. Subtract the presence of book publishers that dominated early festivals, however, and there are fewer and fewer books, especially new, major books and authors.

I had previously attended a conversation with author Glenn Frankel at an event at the Autry Museum of the American West in LA’s Griffith Park several weeks ago. His book about High Noon and what he and many others in Hollywood refer to as the blacklist (Hollywood’s highly touted 1950s’ blackballing of presumed Communists or Soviet sympathizers, not the list of unmade scripts) makes Frankel, who won a Pulitzer Prize for international reporting and worked for the Washington Post, an attractive guest speaker. So, I already knew that Frankel, who also taught journalism at Stanford and the University of Texas, knows his subject well. He’d told the Autry audience, for instance, that High Noon was shot in 32 days on a low budget, that screenwriter Carl Foreman was called to testify to a congressional committee about his membership in the Communist Party and that star Gary Cooper was the son of British immigrants, that he may have been impacted by childhood visits to Montana’s state house, where he saw a painting of Lewis and Clark, and that he was not very political.

When I saw that Frankel was on a book festival panel on classic Hollywood, I decided to attend. Knowing that, at the Autry, he had dropped the context that the United States was under threat of attack by the Union of Soviet Socialist Republics (USSR), something that people who talk about the Hollywood blacklist usually do, and that we know that the Soviets funded subversive efforts to undermine the U.S. government, I wanted to hear a detailed analysis of classic Hollywood, including the blacklist, through panel discussion.

Instead, the panel was the opposite. Moderated by USC writing instructor, Newsday political cartoonist and author M.G. Lord, who wrote a book on Elizabeth Taylor titled The Accidental Feminist, the panel was a barrage of uncorroborated claims and arbitrary assertions about the blacklist which turned into a political rant against Trump and conservatives with hardly any discussion of classic Hollywood. Author Jon Lewis, a movie professor at Oregon State University, declared that Trump’s election means democracy is dead in America (seriously). Kenneth Turan, the Los Angeles Times film critic, whom apparently everyone calls Kenny, barely spoke about classic film, though he did mention being raised as an Orthodox Jew. Frankel, who is both extremely knowledgeable and fundamentally mistaken in his book’s assertion that Ayn Rand is to blame for what he sees as the injustice of a Hollywood blacklist, gave the most substantial classic Hollywood analysis. Others went for laughs and digs at Trump or the blacklist.

To her credit, Karen Maness, a scenic artist and co-author of The Art of the Hollywood Backdrop and painting instructor for the University of Texas Department of Theatre and Dance and scenic art supervisor at Texas Performing Arts, gave very interesting facts and insights about classic movies’ backdrops.

The classic movies discussion was disappointing but a panel on writing short stories was worse, despite efforts by PEN Center USA literary programmer, author and moderator Libby Flores. Given the team’s credentials, I was astonished that no one really talked about writing short stories. Channelle Benz, who earned her MFA at Syracuse University, has published short stories in The American Reader and is the recipient of an O. Henry Prize. Author Dana Johnson is an English professor at USC and winner of the Flannery O’Connor Award for Short Fiction. Brooklyn writer Rebecca Schiff graduated from Columbia University’s MFA program and her stories have appeared in The Guardian. Deb Olin Unferth, who writes in Austin, Texas, was a finalist for a National Book Critics Circle Award and her work has appeared in Harper’s, the Paris Review, and Tin House. So I was looking forward to a detailed examination of writing short stories. The panel started late and veered into the writers’ rambling thoughts on why they are fascinated by “the color of blood” and admissions and confessions of personal tastes and idiosyncrasies. When I asked if they have an explicit theme in mind when they write a story, only Schiff answered and she didn’t say much. No one else spoke.

Unferth was the most entertaining short stories panelist, using humor to lighten the dense discussion, which did not include mention of a single writing habit. Unferth, who told the audience about a story she wrote in which a shooter contemplates whether to gun down a child at the top of a hill, was asked about the most memorable reader response to her writing. She made the audience laugh when she admitted that a blogger once posted—and apparently kept posting—about how he hated one of her stories, which he wrote was a downer that kept dragging him down. Imagine that.

When Flores asked everyone to name the first story to make an impression, no one could think of a single story to name. At some point, Schiff did manage to credit Kurt Vonnegut with the advice to “make your character want something—even if it’s just a glass of water.” 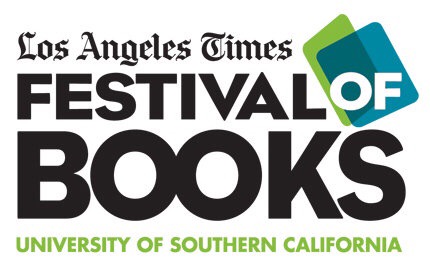 Titles among their material might have been a cautionary clue that they aren’t terribly interested in breaking down the writing, let alone editing and publishing, process. Benz is the author of The Man Who Shot Out My Eye is Dead. Johnson’s newest book is titled In the Not Quite Dark: Stories. Schiff’s latest book is called The Bed Moved.

Easily the most stimulating panel came late in the festival on Sunday. Whereas the short story writers gave the impression that writing is mysterious, magical and indecipherable, the writers on the “From Page to Screen” panel stressed the opposite idea.

Panelists included Brian McGreevy, author and screenwriter (and co-creator of AMC’s The Son with Pierce Brosnan), who was a James Michener Fellow at the University of Texas. His latest novel is The Lights. Also on board: novelist Tod Goldberg, who wrote novels based on USA Network’s Burn Notice and co-authored the Hammett Prize finalist Gangsterland, for which he’s writing a sequel, Gangster Nation, scheduled for publication this fall; Los Angeles writer Pamela Ribon who recently co-wrote Disney’s Moana and former Dark Shadows actress Lara Parker, author of three novels based on NBC’s cult soap opera, who attended Vassar College, graduated from Rhodes College in Memphis with a BA in philosophy and received her MFA in creative writing from LA’s Antioch University. The moderator, USC writing instructor Richard Rayner, who’s written nine books, including an LA crime history, A Bright and Guilty Place, and an interesting article on Rudyard Kipling, liked to talk more than he liked to let the panelists talk.

When they did, the page-to-screen writers were hilariously insightful and incisive, generously sharing their insecurities, showing their battle scars and being utterly candid in every detail about their writing. Contrary to the painfully pretentious short stories panel, these writers were quite self-aware and purposeful in trying to help the audience grasp the hard work and wrenching business of writing. They fed off of Goldberg’s delightful banter with Ribon, which was at once politically incorrect and perfectly suited to the occasion, delivering with good humor the necessary tips, tools and knowledge to manage Hollywood’s often anti-conceptual handling—more like belittling—of the writer. Goldberg wisely explained that he knows his limits (he didn’t put it this way) by focusing on prose writing. McGreevy had said something similar.

Everything Tod Goldberg said, and he is enormously successful, and, not coincidentally, decent, kind and gracious in person, tracks to not letting the pain of pursuing a livelihood in writing go too deep down into your soul. In his own introverted way, McGreevy, too, let the audience know how to let off steam and cope with adversity in the potentially ruinous page to screen process, alluding to horror stories while delivering a blistering breakdown of the term “showrunner” as a total lie. McGreevy, who explicitly embraced writing’s solitude and said that he really doesn’t like spending a lot of time with people, explained that he studied the creative process from a primarily different orientation—that of the perspective of those titans of the technology industry. He said he read many of their books on being productive and gained real value. He also encouraged writers to take breaks often to give detachment and distance to the material (my writing class students may recognize this particular writing lesson).

Parker shot down the moderator’s attempt to credit her acting with any meaningful tie-in to her writing, crediting her own reading of great works of horror literature, from Mary Shelley’s Frankenstein and Bram Stoker’s Dracula to more recent novels and, finally, her decision to mimic the structure and approach of Daphne Du Maurier (Rebecca, Jamaica Inn). She derided the box office bomb movie version starring Johnny Depp as Barnabas Collins (“Tim Burton is not interested in story”, she said) and, having played a villainess, the witch, she pointed out that the franchise Dark Shadows is a supernatural thriller rooted in serious, universal themes of life and death through gothic romanticism. Asked by Rayner after she griped about having to deliver bad lines as an actress to name the worst line, Parker fingered The Six Million Dollar Man on ABC, in which she played Col. Steve Austin’s love interest who told him at the end of the weekly episode that: “There will always be a candle buring for you in the window, Steve.” To which Mr. Goldberg deadpanned, a moment after audience laughter subsided: “Was this during the Civil War?”

All of which only made this writer want to read their books.