My relationship with Atlas Shrugged by Ayn Rand began years ago. As most reading this may know, the fictional story of man’s mind on strike is Rand’s magnum opus. I read the mysterious tale, which struck me as both knowing and searching, one summer in Chicago. I recall thinking that it was at once epic, cautionary and glorious. When I finally finished, I felt exalted. I’ve read Atlas Shrugged, which was published 60 years ago today, several times since. 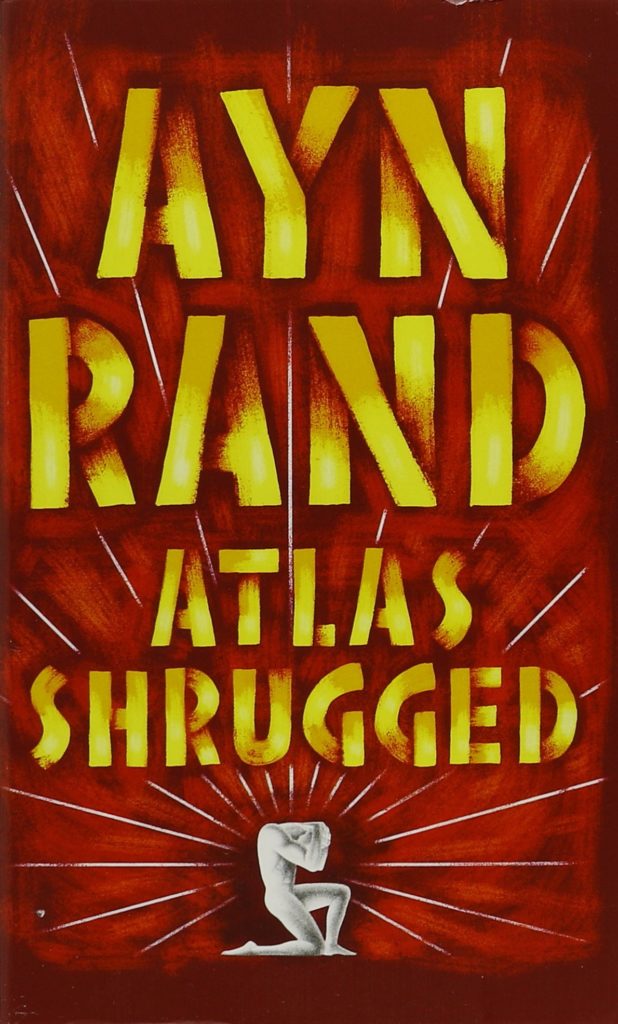 But that first time was indelible. I was confused, serious and young, still forming my thoughts and views and, frankly, wanting more from life than sometimes seemed possible. I remember reading Atlas Shrugged — in my apartment, while riding on the El or Chicago & North Western railroad or on the rocks on Lake Michigan’s shore — and thinking that this story was suddenly, strikingly very important and relevant. I had lived long and hard enough to know that its characters, plots and theme were true, though I knew I had more to learn.

Reading Atlas Shrugged was part of my lesson plan. It turned out to be much better than that. This is a plug, not a review. Yet writing even this brings back the searing emotions I experienced while reading Atlas Shrugged as a young man. I was caught up in the thrills, suspense and drama of everything from finding the motor to losing the lights of New York City. I hung on every page and thought about every chapter. I recall being stopped by passengers on the train. I was often harassed or scolded but I was also met, on occasion, with an abrupt interruption by someone who’d say something short, direct and oddly personal. They’d usually spot me reading. Then, before disembarking, they’d simply tuck a briefcase, newspaper or package of cigarettes away while coming to face me and say: “Who is John Galt?” I’d look up. We’d almost always part in silence with a nod or a smile.

Yet there’s loneliness while reading this epic tale. I experienced it that summer in Chicago, again when I re-read it years later, and again and again, as the world closed in, resembling the dystopian America Rand conceived, re-created and dramatized with romantic realism, power and a passionate love for life. The story of the woman of ability who runs a railroad in a rotting civilization and who is the ideal man breeds a sense of alienation, at least it did for me, while at the same time yielding a sense of clarity and peace. I am enlightened, soothed and uplifted when I read Atlas Shrugged. I am horrified, too, of course, and the libertarian movie trilogy narrowly and unfortunately focussed on that, but, mostly, I am exalted. Though it is fiction, this is the world in which I live. It is richer and more vibrant than the horror of a civilization coming to a grinding, screeching stop.

In Atlas Shrugged, Ayn Rand teases, sketches and distinguishes with literary brilliance what makes the world go. She does this eerily, compellingly and with grace, depth and grandeur. That I’ve found it takes a lifetime — at least it does for me — to contemplate, reflect and integrate the wisdom to be gained from its themes is less discouraging now than it was when Atlas Shrugged was in its 20s. I celebrated in Boston when Rand’s last published novel turned 35, ten years after its author had died, and again in Colorado when it turned 50. And again at the first Objectivist Conference (OCON) in Chicago and this summer at the world’s first OCON in Pittsburgh. I think of it when the lights go out, trains derail and Washington directives come down. I think of it when the manmade glows, rockets soar and the individual rises above the collective and for his own sake.

I think of Atlas Shrugged, too, when the best men fall, hide or stumble. The world is still confusing, though I am less confused, perhaps even more than when I read it when I was young. There is still so much about life that stings, saddens and looms, and, 60 years after it shocked the West and was denounced by the dominant thinkers, Atlas Shrugged is here to read, enjoy, think about, ponder and inspire.

In my general adult writing course, I recently read “All Summer in a Day” by Ray Bradbury and a draft of a short-short story I wrote called “Escape from Indigena”. Each student reads or listens and formulates what he thinks is the writer’s theme. This immersion in the writing process, which I call Writing Boot Camp, is a kind of mental fitness training for living in a world that still sometimes feels like it’s about to “blank out”, expire or has just plain gone bad. Atlas Shrugged is foremost a novel about what being alive means. It is poetic, serious and profound. I first read it because I passionately wanted to live. I write this because I still do. So, this is my 60th anniversary plug for Atlas Shrugged, which is to say — if you want to read a great and powerful American novel, especially if you, too, sense that something’s horribly wrong with the world and you want to know why so you can live and enjoy your life to the fullest, do something wonderful for yourself: read Atlas Shrugged.