New to the archives are my 2006 interview with actor Sam Elliott (Grandma) about his role in a TV movie and other work (read the Sam Elliott interview here) and my 2011 interview with Robert Osborne about Liza Minnelli (New York, New York), who spoke about her movies and late parents, director Vincente Minnelli (Meet Me in St. Louis) and Judy Garland (A Star is Born). Read the interview about Liza here. 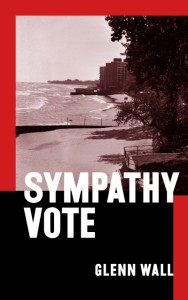 I’ve added a 2013 newspaper article about an unsolved murder in Illinois that happened 49 years ago today. The 21-year-old victim was the twin daughter of a wealthy CEO running for the United States Senate and her name was Valerie Percy. She was stabbed and bludgeoned to death in her bedroom while the family, except her stepmother, who awakened during the crime and became an eyewitness, slept in their lakefront home. The homicide remains unsolved, though the author of a book (pictured) names a prime suspect. Read Murder in Kenilworth here.

I also want to add my interview with an author of a book about Iran’s 1979 attack on America because the Iran deal is unfortunately imminent. I’m enthusiastic about my recent interview with Bob Hope‘s biographer. Besides articles, speculative writing and work for others, plans are underway to make more interviews, including several unpublished transcripts, available.

In the meantime, this summer’s writing workshop at the local library was a success, so I’ve been asked to teach a class on blogging, which I plan to do later this year. I am making a new low-cost webinar series this fall for which I plan to include a media booklet to help entrepreneurs, businesses and artists create, relate and distribute what they make and do. It’s in progress, so please stand by, as I know some readers outside of LA have asked about attending classes online or via streaming. I hope to post more information soon.

Hurry to register for next week’s 10-week courses here in suburban Los Angeles: an all-new Writing Boot Camp (register here), which explores writing habits and methodology and includes a checklist. Writing Boot Camp is fun, lively and streamlined (click/touch here to register). Registration is also open for All About Social Media for maximizing Twitter, Facebook and LinkedIn (register here). Contact me about private sessions.

Look for new book, product, home video and, of course, movie reviews. I have to admit that I am excited about the new season of Fox’s Empire (read my review of the first season here), which is purely an indulgence in escapism.