One of my resolutions this year is to add articles more often to my site’s backlog, so I’ve included, if not yet sorted, eight pieces to the Writings tab and checked that item off my list (read my new year’s post here on spring course offerings, fiction and other goals). The newly added articles appear on separate website pages, so they are not blog posts, with hyperlinks on headlines in bullet points included below. For various reasons, I may have to remove these articles at some point, so if you’re interested in any of these, read them sooner than later. 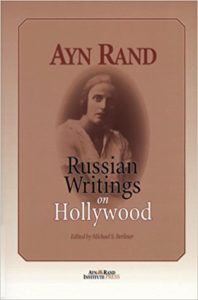 The oldest article went to press in 1999. It’s a roundup of then-newly printed works by Ayn Rand, anchored by two reviews of books published by the Ayn Rand Institute (ARI) peppered with or consisting of essays or writings by Rand, whose birthday, incidentally, is tomorrow. I haven’t re-read my thoughts on those books in years. I think the reviewed versions may have been updated with new editions by the organization’s ARI Press. The reviews are generally favorable. A related article is among the most recent pieces: the first interview with ARI’s new CEO, who discussed seeing Rand lecture near Harvard, where he was enrolled in business studies, his favorite course by Leonard Peikoff and what being an Air Force commander adds to the challenge of leading an organization dedicated to advancing Objectivism.

Three other exclusive interviews appear. Composer Alexandre Desplat, nominated for an Oscar for scoring The Shape of Water, spoke with me from Paris about Charlie Hebdo, Islamic terrorism and his methodology in making music for movies, including predominantly his 2015 movie, Suffragette. That same year, Leonard Maltin, whom I’ve interviewed several times since we met, talked in depth about classic movies and the third edition of his Classic Movie Guide.

I had been asking him for years to do an extended interview in person and, finally, we did, at his home. The interview ended right on time as a TV crew came in for set-up and perhaps you’ll agree with me that it’s our most serious exchange. The third movie-related interview took place a year later with a historian who knows all about the slave rebellion depicted in a controversial film, The Birth of a Nation (2016), which opened to widespread praise in a film festival only to lose critical darling momentum when its writer and director was linked to a rape victim who later killed herself. This pre-Me, Too Hollywood derailment only made me more serious about judging the merits of the movie, distributed by Fox Searchlight, the studio responsible for the powerful 12 Years a Slave, so I’m glad I went to the young scholar who studied the facts which form the basis for the motion picture. The exchange amounts a history lesson on the truth about slavery in America. 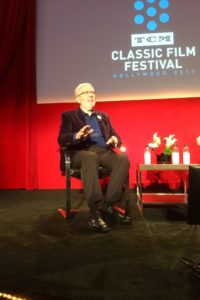 A couple of articles report on interviews conducted by others for the annual classic film festival — the only movie festival I’ve consecutively covered — hosted by Turner Classic Movies in Hollywood. Read my account of Club TCM’s detailed tribute to Leonard Maltin, who got personal about his early career in book publishing, movie journalism and an affiliation with the Walt Disney Studios and my 2016 report on TCM’s rare and respectful one on one exchange with one of America’s last glamorous movie stars, Faye Dunaway, who talked about Network, Barfly and The Thomas Crown Affair (1968). Finally, I’ve added an article from a local edition of the Los Angeles Times which I conceived, researched and wrote on assignment. This is the tale of a mid-range shopping mall nestled in a prime location in the shadow and hum of LA’s newest freeways. The property would begin with publicity visits from movie stars and Olympic athletes amid concern about lost business in a neighboring suburb whose government was so frightened that they passed regulations to stop people from shopping there. Its decline began when two of the most feared Los Angeles serial killers stalked — and enticed, captured and murdered — children at the mall.