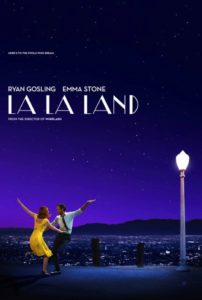 Last year’s best movie, Lionsgate’s La La Land, debuted in certain theaters a year ago next week and, though I’ve parenthetically included the movie in my blog’s first Christmas gift guide, I have also added a link to buy the DVD. With the director, whose first film, Whiplash, garnered interest and recently announced that he’s making a new movie about the Apollo 11 landing of man on the moon, I think the musically-themed 2016 movie warrants serious consideration.

La La Land is a spirited and stimulating depiction of America’s pioneering individualism in general, and of Southern California’s productiveness, resilience and can-do youthfulness in particular, with songs by the team that composed this year’s hit musical, Dear Evan Hansen (and this month’s upcoming The Greatest Showman). Emma Stone (Aloha, Battle of the Sexes) and Ryan Gosling (The Ides of March, Blade Runner 2049) co-star as the young, ambitious artists of ability. I know others disagree whether the movie’s any good. Nevertheless, I am confident that La La Land deserves honest appraisal as a great film. 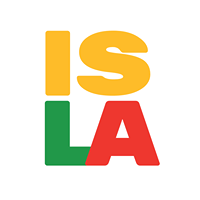 A new center for the study of Los Angeles opened this year at Occidental College in Eagle Rock. Earlier this year, I was asked by the local edition of the LA Times to report on the academy, so I went to the campus where Terry Gilliam, Ben Affleck, Jack Kemp and Barack Obama once took college classes and met and interviewed the director. I previously posted about the assignment this summer. In a wide-ranging discussion, we discussed the history of the humanities college, which was founded by Christians, the region and the ethos of Southern California. The director, a son of two college professors, told me about his own background, from a childhood in Alabama to living in downtown LA. I’ve added the article, which was published in the Los Angeles Times, to the archives here.