A recreational city park in northeastern Los Angeles has the distinction of featuring one of the signature buildings by architect Richard J. Neutra (1892-1970). The sleek design for the Eagle Rock Clubhouse, as it was originally known, includes a kitchen, director’s office, athletics court, recreational room and a stage connected to an outdoor amphitheater on a sloping hillside. 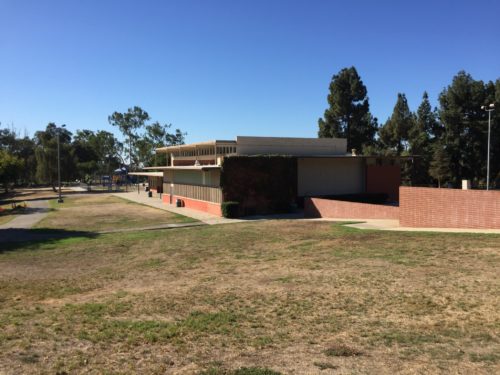 The primary feature, however, are the athletic court’s walls, which retract to the open air of the surrounding park. Hills, pine trees, shaded walkways, baseball diamonds, picnic areas, a workout and gymnastics area, children’s center, outdoor playground and tennis courts fill out the area, which is just off a freeway between the Los Angeles basin and the San Gabriel Valley in a section of LA known as Eagle Rock. Unfortunately, a reflecting pool was paved over and columns were added by city officials.

Though the clubhouse is badly in need of repair and renovation, and the park, too, needs an upgrade, the wonders of the property come through. Walking on curved, tree-lined paths amid vistas and sounds of a baseball game gives Eagle Rock Recreation Center an old-fashioned air. Toddlers waddled around their parents’ picnics, bachelors played fetch with their dogs and couples played tennis while musclemen worked out on the gymnastics bars, runners jogged and a team of girls played volleyball inside the building. Neither freeway noise nor poor building maintenance completely diminishes the presence of this impressive building, which retains an inviting functionality. Despite the need for landscaping, rebuilding and restoration, one can imagine the calls and cheers of past weddings, proms, games, scout troop meetings, play dates and playhouse productions. Conjuring an outdoor audience attending a play, dance recital or piano concert is easy. 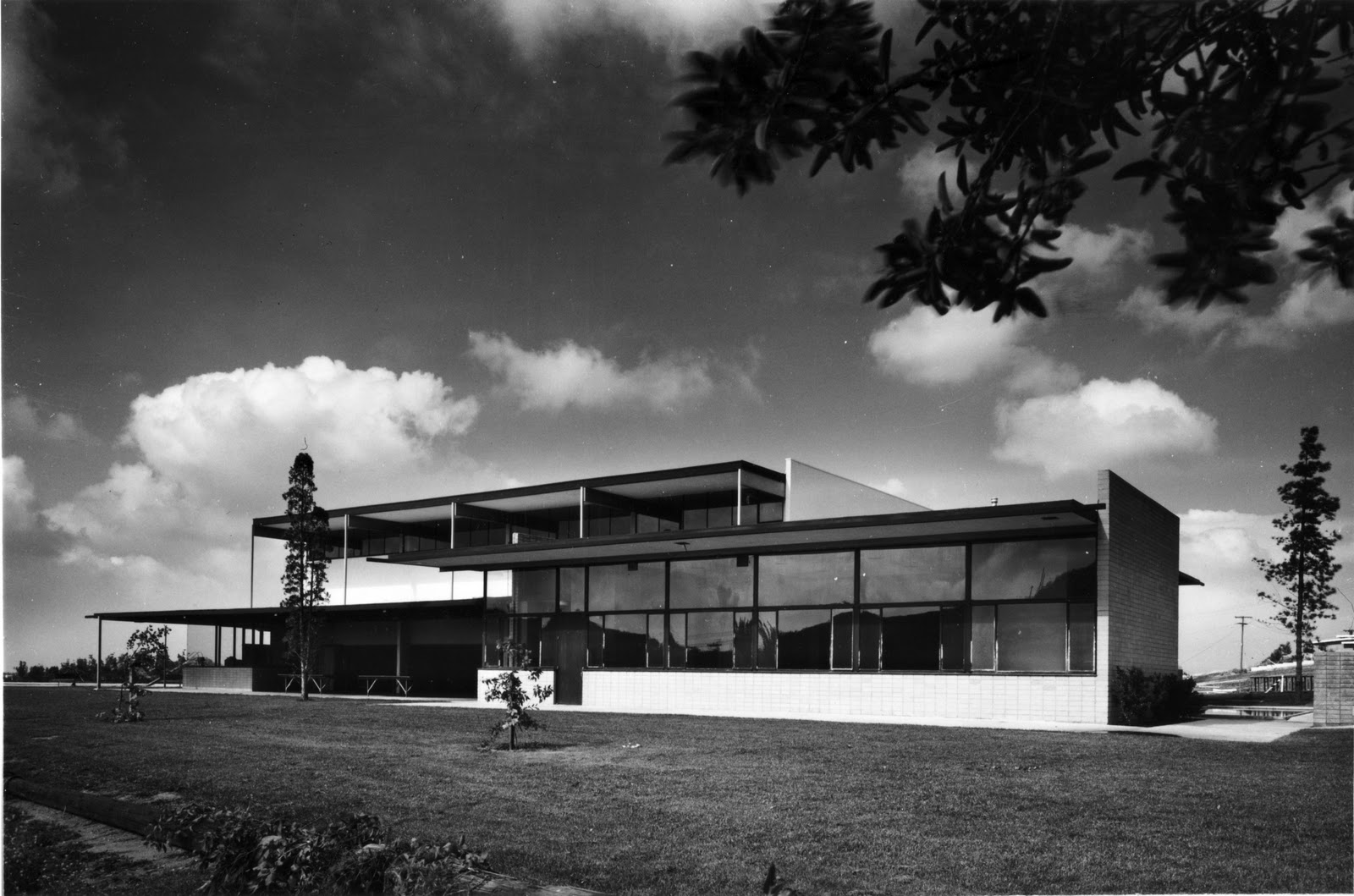 When Eagle Rock officially opened the park 62 years ago this fall during the peak of Hollywood’s Golden Age, William Holden (Stalag 17, Picnic, Golden Boy, Sunset Boulevard, Executive Suite, Network) was reportedly on the guest list. Among those in attendance was the young architect Dion Neutra, Richard Neutra’s son, who worked on the project with his father, an icon of modern architecture and 20th century culture. He remembered that day during a recent interview with me for an article about the city’s proposed changes to the recreation center, which he told me he found lacking (read my interview and view recent pictures of Neutra’s clubhouse on the Los Angeles Times‘ website here).

Interviewing Dion Neutra, who turns 90 years old this week, led to a meeting at his home in Silver Lake, where we conducted a more extensive interview about his late father, architecture and career. We talked about the house his father created for director Josef von Sternberg (Shanghai Express) in 1936, which Ayn Rand (The Fountainhead) later lived in during her Southern California years, and his thoughts on Frank Gehry and Frank Lloyd Wright.

Look for the interview soon. In the meantime, I’m told that there may be an effort underway to restore Richard and Dion Neutra’s Eagle Rock clubhouse to its original condition. For Dion Neutra, who told me that he named his father’s clubhouse in his will as a possible memorial site for after he dies, the prospect of total, pure restoration makes the perfect birthday gift in a city of America’s greatest modern arts enriched by Neutra architecture.